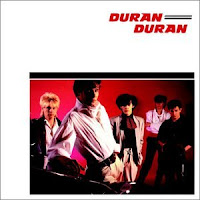 “[T]he music of Queen,” wrote Robert Christgau in 1992, “has accrued the high gloss of committed kitsch, where that of Journey, say, has assumed the dull shapelessness of utter crap.” In 1984 Bob Dylan told Rolling Stone that he’d released Self-Portrait as a double album because “it wouldn’t have held up as a single album--then it really would’ve been bad, you know. I mean, if you’re gonna put a lot of crap on it, you might as well load it up!”

What do those statements have to do with Capitol Records’ Duran Duran reissue campaign? Well, like the music of Journey, Duran Duran’s has assumed the dull shapelessness of utter crap. And, in keeping with Dylan’s Self-Portrait rationale, Capitol has decided that three crap-laden discs are better than one. 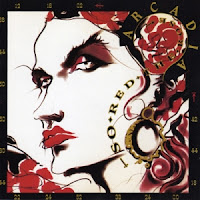 Each set’s first disc is the original album, expanded with four non-LP B-sides in the case of Duran Duran and four alternate mixes and two non-LP tracks in the case of Arcadia’s So Red the Rose. (Arcadia, in case you’d forgotten, was what Simon LeBon, Nick Rhodes, and Roger Taylor called themselves when Andy and John Taylor formed the Power Station with Robert Palmer and Tony Thompson.)

The second discs contain more alternate versions and mixes (live and studio) and, in the case of Seven and the Ragged Tiger, non-album singles and B-sides too. The third discs are DVDs containing not only every video for the respective albums’ singles but also every performance by Duran Duran of those singles on such British equivalents of American Bandstand and Don Kirshner’s Rock Concert as Top of the Pops and Old Grey Whistle Test. 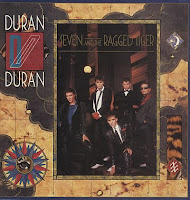 Seven and the Ragged Tiger’s DVD even includes a twelve-song concert film, As the Lights Go Down, that captures the painstakingly coifed quintet in all their stadium-packing glory and in so doing proves that almost every one of Duran Duran’s several-million fans was a teenaged girl.

Capitol is obviously hoping that the majority of those girls have grown into soccer moms who won’t mind paying for the privilege of listening to and-or watching six versions of “Election Day,” eight versions of “Planet Earth,” eleven versions of “Girls on Film,” etc. So consider these discs an ideal Mother’s Day Gift--and Duran Duran’s “uncensored” “Girls on Film” video as good a reason as ever for their teenaged sons to feign interest in the music.
Posted by The Arse Man at 11:22 AM

Email ThisBlogThis!Share to TwitterShare to FacebookShare to Pinterest
Labels: 2010, Arcadia, Duran Duran, Illinois Entertainer, Seven and the Ragged Tiger, So Red the Rose