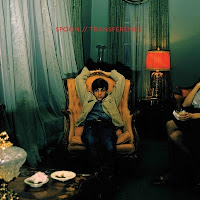 Spoon: Transference (Merge)--As demonstrations of how far recording technology has come since, oh, the Pousette-Dart Band, these eleven songs deserve whatever acclaim comes their way. The lower frequencies feel especially three dimensional (Jim Eno’s kick drum in particular), although the percussive and-or atmospheric effects of various electric instruments, whether strung or keyed, ain’t bad either. And, even if at almost forty he really should be aiming higher, Britt Daniel’s vocals achieve a delicate balance of tenderness and reproach appropriate to lyrics-for-lyrics'-sake like these from “The Mystery Zone”: “There goes the rider / at gates of dawn. / He takes no prisoners at all.” (“The Mystery Zone”)--as if composing were as easy as paraphrasing Pink Floyd and Lou Reed (or Pat Travers [“Out Go the Lights”] or Hank Williams [“I Saw the Light”]).

Tindersticks: Falling Down a Mountain (4AD/Constellation)--Although the hype surrounding this album emphasizes what’s new about it (the group’s first for 4AD, its first with Earl Harvin on drums and David Kitt on guitar), the songs and sound are pretty much business as usual. Singer Stuart Staples still emotes elliptically suggestive lyrics in a hushed, slightly tortured baritone atop the hushed, slightly tortured lounge jazz of David Lynch’s nightmares or maybe those of his characters. Fans who don’t cotton to Staples’ singing get the instrumentals “Hubbard Hills” and “Piano Music,” lush nocturnal moodscapes that Marianne Faithfull could do a lot worse than sing over, and “Peanuts,” in which Staples is joined by the far more dulcet-voiced Mary Margaret O’Hara to sing the praises of Charles Schultz’s long-running comic strip or maybe George Washington Carver’s favorite legumes.

Jon Troast: Living Room (Jon Troast Music)--Troast (rhymes with “Toast”) is a Wisconsin-based singer-songwriter becoming increasingly well known not only for his gently philosophical folk-pop but also for his “living-room tours,” cross-country itineraries during which, for $100 a gig, he performs in the homes of his fans. His fourth and latest official release comprises songs reflecting his uniquely nomadic domesticity, and, not surprisingly, some are quite funny (especially “Living Room Tour,” which goes “I fell in love with your daughter, / but I couldn’t tell her / ’cause your neighbor had too many questions”). The more serious ones combine insight and sentimentality at least as efficiently as Jim Croce (especially “They Call Her Mama,” which reminds us, without ever actually saying so, that there are far worse things than being needed by those we love).
Posted by The Arse Man at 11:50 AM