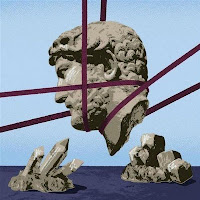 Hot Chip: One Life Stand (EMI/Astralwerks)--Bouncy, bubbly, and electronic through and through, these British popsters will nevertheless have to do better than they have on this album before fans of Erasure, Pet Shop Boys, and Depeche Mode, to name just three, will be waxing sentimental over Alexis Taylor and Joe Goddard. Why? Because the majority of these songs seem aimed more at clubbers who’ll dance for hours to anything once you get a few drinks and some Ecstasy into them than at lovers of sharp tunes. So even though Taylor seems to have put considerable thought into both his lyrics and his singing, we’ve heard their like before. The exception: “Take It In,” a glittering example of the Moody Blues and Alan Parsons as remembered imperfectly by an emo teen with a heart of gold.

Alan Jackson: Freight Train (Arista Nashville)--The problem with most of these songs isn’t that they celebrate heartland verities. Even people who don’t believe “True Love Is a Golden Ring” sometimes wish they did. The problem is that Jackson is so accomplished at rendering heartland verities in song that he seems to have forgotten what makes them special to those who love them (and controversial to those who malign them) in the first place. Somehow the “God bless the working’ man” refrain of “Hard Hat and a Hammer” packs a lot less of a wallop than any of the workin’-man blues that Merle Haggard has sung over the centuries. Not surprisingly, it’s when Jackson acknowledges life’s little downs (“Tail Lights Blue,” “After 17,” the title cut) that he still seems like someone with something to say.

Galactic: Ya-Ka-May (Anti-)--As of this writing, the New Orleans Saints are one week away from playing in their first-ever Super Bowl. If they win, it’s a cinch their hometown’s infamous French Quarter will explode into revelry the likes of which hasn’t been seen since the last Cops episode devoted to Mardi Gras. And when the partying starts, these songs or something like them will be heard blasting all up and down Bourbon Street. Similar to 2007’s From the Corner to the Block, Galactic’s first album without lead singer Theryl DeClouet, Ya-Ka-May finds Galactic collaborating, this time with a Crescent City Who’s Who (Big Chief Bo Dollis, Allen Toussaint, Walter “Wolfman” Washington, Irma Thomas, the Rebirth Brass Band) for whom ratcheting up the funk would be second nature if it weren’t their only one.
Posted by The Arse Man at 10:46 AM