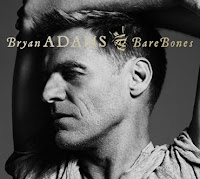 Bryan Adams: Bare Bones (Decca)--This live, unplugged album could’ve been a disaster, but it isn’t. Adams accompanied only by a pianist and his acoustic guitar is sonic light years away from Adams with full band in a studio helmed by Mutt Lange, but he makes up in nice-guy, between-song patter and a winsome un-self-consciousness what he lacks in radio-ready wallop. He comes off so comfortable within his obvious limitations that he could give guilty pleasures a good name. On the other hand, this album could’ve been better than it is. It could’ve included “One Night Love Affair,” for instance, instead of the one-too-many “deep album cuts” that inexplicably take its place. And surely Adams could’ve resisted steering “Summer of ’69” into the gutter by making explicit the sexual pun of its once-innocent title.

Afro-Rock Volume One (Strut)--Subtitle: “A Collection of Rare and Unreleased Afro-Beat Quarried from Across the Continent.” Sub-subtitle: “Includes Music by Geraldo Pino, Steele Beuttah, K Frimpong, the Yahoos, and Dackin Dakino.” The continent, of course, is Africa; the decades: the 1960s and ’70s, when U.S. funk and soul were becoming well-enough known in the Motherland to inspire competent and sometimes inspired imitators. Ironically, the most inspired were sometimes the least competent. Geraldo Pino, for instance, may have been the “Nigerian James Brown,” but his “Heavy Heavy Heavy” remains fresh precisely because it doesn’t sound like the work of Soul Brother Number One (Eleven or Twelve maybe). And while several of these combos could pass for the Meters, at least one--Mercury Dance Band--seems to have beaten Fleetwood Mac to “Tusk.”

Badly Drawn Boy: It’s What I’m Thinking Pt. 1--Photographing Snowflakes (One Last Fruit)--“The Age of Romance is dead and gone,” sings Damon Gough on “Too Many Miracles.” But, he adds, “There may be a chance I’m wrong.” So he takes that chance and in so doing comes up with an album so hauntingly baroque that the woman to whom he sings in “I Saw You Walk Away” must surely be named Renee. Meanwhile, the Age of Romance was also the Age of Self-Flagellation, a fact of which Gough seems aware when he sings about crucifying himself and being thrown to the lions. That it was also the Age of Romeo and Juliet may explain why “You Lied” sounds like a metal-free “(Don’t Fear) The Reaper.” That Gough knows romance might be dead and gone anyway may explain why he sounds sad even when he’s happy.
Posted by The Arse Man at 11:35 AM