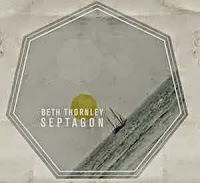 Veruca Salt fans will note that the hook of this four-track EP’s second song, “It Could Be,” echoes the hook of Nina Gordon’s “2003.”  And why not?  Dismissing Gordon’s 2000 solo debut as a pop sellout, lots of people didn’t give it time to sink in.  So Thornley is doing them and any listeners who’ve grown up since then a favor.  The hook is gorgeous, and, by slowing it down and attaching it to a more mysterious melody than Gordon’s on the verses (and by singing it in her more-luminous-than-Gordon’s voice), Thornley gets more out of it.  Why there are only three additional songs when the EP’s title means “seven-sided object” is anyone’s guess.  But all four will have you wanting three more at least. 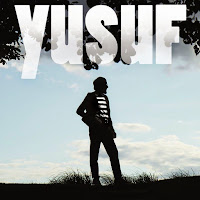 No matter what you think of the religion of Mohammed or the decision of Yusuf/Cat Stevens/Steven Georgiou to embrace it thirty-eight years ago, listening to him still trying to explain himself is interesting.  The best of this album’s six gnomic originals (“I Was Raised in Babylon,” “Editing Floor Blues,” “Doors”) tell his conversion story from different angles, and their consistent use of “God” for “Allah” invites even Christians and Jews to relate.  Further evidence of broadmindedness: The covers include Procol Harum, Jimmy Reed, and Jimmie Davis.  The one that cuts to the quick, however, is Edgar Winters’ “Dying to Live.”  “Why am I fighting to live if I’m just living to fight?,” it asks.  It’s a question that Yusuf’s more militantly inclined brethren would do well to ponder.