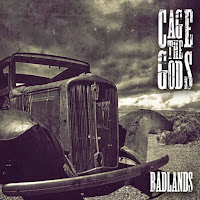 CAGE THE GODS
Badlands (The End)

What kind of chicks are these leather-clad revivers of good-ol’ hard rock trying to seduce?  The kind who like being called “little woman,” being dragged “back to hell,” and being reminded that since those who gave them what they want find them “so fucking beautiful”, they should simply “handle it.”  And that’s just Track One (of 13).  In short, boilerplate bad-boy misogyny lives or at least refuses to go gentle into that good night.  Call it the daze of Guns ’N Roses.  No, the title cut isn’t a Springsteen cover.  (Would that it were.)  No, “Falling” isn’t a LeBlanc & Carr cover.  (Ditto.)  Only “Bruce Willis” (“I wake every morning with a feeling I’m getting too old for this shit”) justifies the effort.  (Hey, Looper wasn’t that bad.) 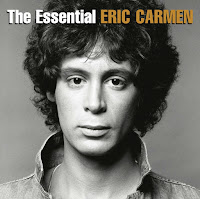 What makes this thirty-track, “essential” collection better than the eighteen-track, 1997 “definitive” one with which it shares sixteen cuts?  Not the obscurities--neither the pre-Raspberries “Get the Message” nor 2013’s “Brand New Year” goes all the way, and the studio version of “That’s Rock N’ Roll” on The Definitive is more essential than this album’s live 1976 run through.  Meanwhile, “I Wanna Hear It from Your Lips” remains vanished down the memory hole, and 1997’s not-bad I Was Born to Love You might as well never have happened.  Still, Carmen’s sixteen definitively essential/essentially definitive moments really are pretty great.  And then there’s the heretofore uncollected “Love Is All That Matters,” the most beautiful melody that Carmen ever lifted from a nineteenth-century Russian composer. 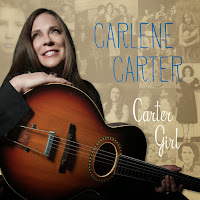 The latest album by June Carter Cash’s daughter replants the Carter Family’s musical roots in twenty-first-century alt-country soil--seven of the dozen songs were written by the family’s paterfamilias, A.P. Carter (eight if you count “Lonesome Valley 2003,” an A.P. classic updated by Carlene and NRBQ’s Al Anderson).  Rife with gospel-music archetypes, they’ll apprise newcomers to the “first family of country music” of the fact that Christianity used to be cool.  But it’s the Carlene original, a re-recorded “Me and the Wildwood Rose,” that sets the tone: “In my Grandma's house her children would sing, / guitars a twangin' and their laughter would ring. / I was little, but I was the biggest kid. / I wanted to do what the grown-ups did.”  At fifty-eight, she finally has. 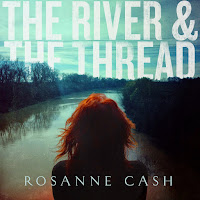 In interviews, Cash has related the fascinating backstories of these eleven songs (fourteen in the deluxe version) with so much detail that they almost overshadow the songs themselves.  She also lets on as how, at fifty-eight, she now regards the music of her hit-filled youth as rather lacking in gravitas.  Well, given the alt-country heaven from which she’s channeling the meditative melodies of her maturity and the autobiographical richness of her Deep South lyrics, it’s easy to see (and hear) what she means.  Still, there are a river and a thread running through her entire impressive oeuvre, and they’re worth listening for--especially when they unite her with her daddy’s old-time religion and thus unbreak the circle bye and bye, Lord, bye and bye. 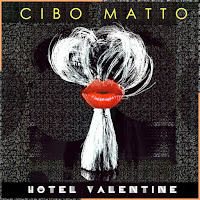 Yuka Honda and Miho Hatori haven’t recorded as Cibo Matto since Bill Clinton was president.  But shuffle these ten new tracks among the nineteen on 2007’s Pom Pom: The Essential Cibo Matto and you’ll be hard pressed to tell which are which--that is, unless you’re one of the relatively (and obviously) few consumers who pushed 1999’s Stereo*Type A (the band’s previously highest-charting release) all the way to 171 on Billboard and therefore have an unfair advantage.  The partly rapped, partly sung lyrics still sound like hijacked playground chants, and the largely electronic, everything-but-the-kitchen-sink instrumentation still sounds like pop art for pop art’s sake.  Only the minimalistic (and maybe racist) “Housekeeping” justifies the formula--hence (no doubt) Hotel Valentine’s debuting at 168.