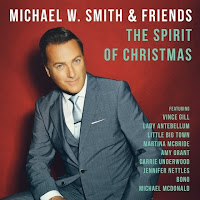 Despite his contemporary-Christian-music reputation, Michael W. Smith doesn’t slight Santa or other secular aspects of the holiday’s cultural components.  Indeed, he leads with them (“It’s the Most Wonderful Time of the Year,” “Happy Holiday/Holiday Season.” “White Christmas”).  Even the special guests (Vince Gill, Lady Antebellum, Little Big Town, Martina McBride, Carrie Underwood, Amy Grant, the Nashville Children’s Choir, and the London Symphony Orchestra) signify broadmindedness.  But from the mid-disc medley of “Deck the Halls,” “Good King Wenceslas,” “O Little Town of Bethlehem,” and “O Come, All Ye Faithful” onward, it’s sacred all the way.  And unifying the halves, and tethering the whole to the past, is a prayerful recitation of the 17th-century Irish carol “The Darkest Midnight” (a.k.a. “On Christ’s Nativity”) by Bono. 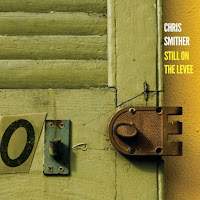 Chris Smither is an American treasure.  At his sonic core are his nimbly picked acoustic guitar, his stomping foot, and his baritone voice.  At his emotional core is a world-weary drollery that stares less into the abyss than at mystic shores just a leap of faith away.  With Still on the Levee, he marks his seventieth birthday by re-visiting twenty-four of his most enduring compositions with the occasional assistance of like-minded collaborators.  Most of the material, however, he approaches solo, as if too much help would deprive it of its powerfully lonesome conviction.  And by concluding each of the set’s two discs with a different new version of “Leave the Light On,” he makes hoping to get old before one dies seem like a worthy goal indeed. 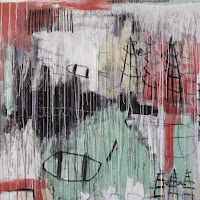 THE SOIL AND THE SUN
Meridian (Audiotree)

The Polyphonic Spree meets U2 meets Iron And Wine meets Justin Vernon meets Sufjan Stevens—or something like that.  Fairy airy at their best, airy fairy at their worst, the problem isn’t that these Christian Michiganders use their precisely layered vocals to distill biblical quotations into introspective journal jottings.  It’s that they do so with an oversensitivity that only a wimp’s mother or girlfriend could love.  Not until the middle of Track Five, “Samyaza,” do the drums that barely besmirched the group’s first two even more unnecessarily incorporeal albums make their presence felt.  It could be argued, of course, that, as a tonic to the religion-driven beheadings that hog the headlines these days, such blissed-out music serves a purpose.  But music for crusaders might be more useful still. 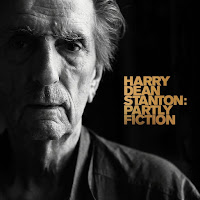 On this soundtrack to the 2013 documentary of the same name, Stanton doesn’t sing “The Pilgrim, Chapter 33,” the Kris Kristofferson song that inspired the title.  But he does sing--and sometimes add poignant harmonica and insightful commentary to--“Danny Boy,” “Blue Eyes Crying in the Rain,” “Everybody’s Talkin’,” “She Thinks I Still Care,” “Blue Bayou,” “Help Me Make It Through the Night,” “Canción, Mixteca” (the theme from Paris, Texas, in which he starred 30 years ago), and five other songs close to his weather-beaten, 88-year-old heart.  Stanton’s sweet tenor voice, meanwhile, sounds at least three decades younger, and it’s as pliant as a well-used baseball glove.  Jamie James accompanies on acoustic guitar, Don Was on occasional bass.  Casual, beautiful, autumnal, and frail, in that order. 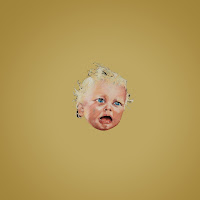 SWANS
To Be Kind (Young God)

There are two kinds of people in this world: the 99% who say that life’s too short to spend two hours trying to decide whether this latest double-disc Swans opus is the best album-to-get-rid-of-party-guests ever or only as effective as the Shaggs’ debut, and the 1% who say that repetitive, nihilistic overkill is a spiritual purgative and-or a good joke.  (No Wave they used to call it.)  To determine where you fall, listen to Disc One’s penultimate track, “Bring the Sun/Toussaint L’ overture.”  Its thirty-four minutes will have you either exhilarated by the manifold ways in which the eighteenth-century liberation of Haiti led to the heart of darkness or thinking that maybe the Frozen soundtrack wasn’t so bad after all.