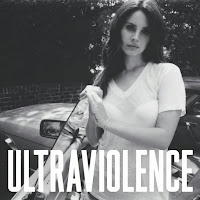 Well, whaddaya know?  The pre-fab tabular rasa of Born to Die is a real human being after all--one capable of feeling used and abused by the Industry that she strove so long to be a vital part of and of hating herself for having gone along for the ride.  Not for nothing did she light up Baz Luhrmann’s soundtrack for The Great Gatsby.  In the chain-smoking interviews that she has given to promote this follow-up to her overhyped debut, she expresses the desire to die young and beautiful.  This album explains why, in grittier verbal detail and in scarier soundscapes than you might want to know.  It’s really too bad that Lou Reed died on the day of his scheduled collaboration with her.  Edie Sedgwick lives! 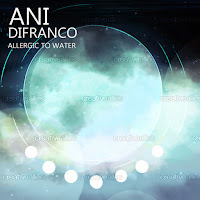 Unless you belong to the politically correct choir to which DiFranco has long preached, she’ll still strike you as somewhat obnoxious—the atheistic equivalent, say, of a (talented) contemporary Christian musician.  But she’s less obnoxious than she used to be, maybe because, in an irony worthy of Oedipus, she finds herself, as a married mother of two, face to face with the very inevitabilities from which she once fled.  A maturity as musical as it is verbal is one of them—her folk-jazz ferment has never sounded more organic.  A sense of humor is another.  Her humble 1999 declaration that she wasn’t “angry anymore” was just a straight-up confession.  Her bemused 2014 realization that she’s “happy all the time” grounds an entire song’s worth of ace atheistic jokes. 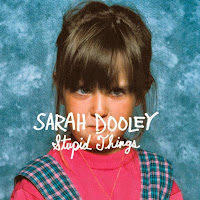 At a time during which the Frozen soundtrack is the most popular album in the world, these ten quirky coming-of-age songs are a tonic.  The bouncy piano, chipper melodies, and detailed lyrics cultivate the same feminine turf but at a deeper level, and Dooley sings almost as well as Demi Lovato, Idina Menzel, and Kristen Bell.  In fact, by singing “worse”--i.e., with less regard for the niceties of professionalistic perfectionism--she could be said to sing better.  If only she weren’t so nasal.  Her piercing tone and helium-huffing range do her occasionally overripe cuteness no favors (“Watching Goonies at My House”).  But when she eases up and meets her sentiments halfway, she sounds as if she could give one-woman, off-Broadway shows a good name. 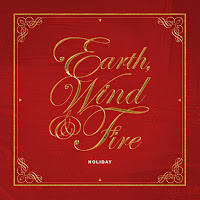 On 2013’s Now, Then & Forever, Philip Bailey, Ralph Johnson, and Verdine White strove mighty mightily to recapture EWF’s peak-period glory but failed.  With Holiday they succeed.  (Well, Bailey and White anyway.  Johnson is absent from the credits.)  Granted, given the subject, they didn’t need new material—the “September” rewrite “December” aside, “Happy Seasons” is the only original.  But, lest the project feel perfunctory, they did need EWF-worthy arrangements.  And to that challenge they’ve risen.  It’s not so much that they imbue “Joy to the World,” “O Come, All Ye Faithful,” and “The Drummer Boy,” et. al. with funky pizzazz as that they make doing so sound as natural as trimming a tree.  And the shining star at the top?  An irresistible rendition of the Japanese favorite “Snow.” 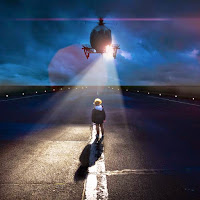 These pop-rocking Brits scored four Top-10 U.K. hits in 2006 and 2007, so they could be forgiven wanting to milk their formula.  Instead, they’re deepening and broadening it until the occasional sophistication of their gentle hooks and introspective lyrics becomes a pleasure in itself.  And although the softness at their sound’s core (Ciaran Jeremiah’s piano, Dan Gillespie Sells’ high-pitched, McCartney-esque voice) still makes the sentiments sound treaclier and callower than they are, often enough they just seem carefully thought out.  “The Gloves Are Off,” for instance, neatly balances the literal and figurative similarities between romance and boxing.  And the tolerance anthem “When I Look Above”--the only cut in which Sells’ homosexuality matters at all--seems more like self-examination than a plea for special treatment.