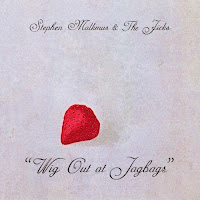 STEPHEN MALKMUS & THE JICKS
Wig Out at Jagbags (Matador)

Malkmus has never sounded more word drunk or happy to be so than he does on these twelve freely associating excursions into whimsy for art’s sake.  As he sings in “Independence Street” and “The Janitor Revealed” respectively, he’s “just busy being free” (not unlike this album’s many malleable melodies) and “in a constant tizzy” (ditto).  About “Independence Street”: The guitar could pass for slow-groove Hendrix, the voice for happy-to-be-sober Alex Chilton.  Unplug ’em, and you’d have the Incredible String Band.  Ditto for “Surreal Teenagers.”  But what’s most impressive is that Malkmus and the Jicks don’t seem to be trying to achieve or to say anything particularly important, even (especially?) when they are--about outmoded music-industry paradigms, for instance (“Chartjunk”), or self-defeatingly hypocritical Christians (“Shibboleth”). 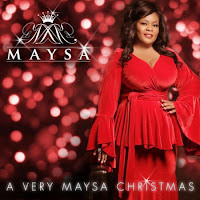 Maysa Leak’s list of accomplishments includes singing backup for Stevie Wonder and lead for the British acid-jazz outfit Incognito.  But a familiarity with her résumé is no prerequisite for enjoying her ability to oversee these transformations of mostly pop favorites into tastefully sumptuous Christmas fare.  What is: a sweet tooth for every popular American black musical style short of the blues and an openness to the possibility that Chris “Big Dog” Davis is the R&B producer most capable of synthesizing those styles into a meaningful whole since Quincy Jones.  Even the not-necessarily-about-Christmas “Pray for Peace” and the token concession to hip-hop (Jigz’ brief rap on the medley of “Santa Claus Is Coming to Town” and “The Night Before Christmas”) feel as if they belong. 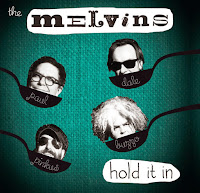 THE MELVINS
Hold It In (Ipecac)

The wheels turning in King Buzzo’s brain are worth attending to, but they grind rather than roll without such grease as bass, drums, and electricity.  So think of Hold It In as a reward for anyone who patiently endured the solo-acoustic This Machine Kills Artists earlier this year.  Hold It In’s first song is called “Bride of Crankenstein,” and it lives up to its title.  The second is the hooky, vocoder-sung “You Can Make Me Wait,” which Neil Young could sneak onto Trans‘s no doubt upcoming thirty-fifth-anniversary edition without anyone’s blinking.  Next comes “Brass Cupcake,” replete with intimations that welfare mothers make better lovers, and it’s hooky too.  Elsewhere it’s mainly grease for grease’s sake—except for “Piss Pisstoferson,” which also lives up to its title. 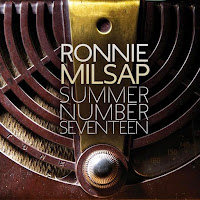 By the time he scored with “It Was Almost like a Song” in 1977, Ronnie Milsap had pretty much become the Barry Manilow of crossover country, pushing obvious sentimental buttons with equally obvious string sections and background chorales.  But Milsap also had a big, likable voice and an inspirational backstory that inclined one toward slack cutting.  That he still has both makes this album, on which he sings his favorite oldies, a pleasure.  What makes the pleasure a guilty one is that his favorite oldies are lots of other people’s too, so obviousness does kick in--as does the realization that Milsap’s no Wilson Pickett (“Mustang Sally”) or Russell Thompkins, Jr. (“You Make Me Feel Brand New”).  Tommy Edwards, however, is right up his alley (“It’s All in the Game”). 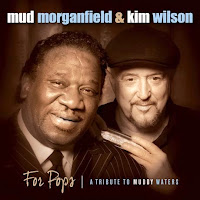 Now officially fifty-nine or sixty, Morganfield (a.k.a. “Muddy Waters, Jr.”) is just four or five years shy of the age at which his legendary father jumpstarted the final phase of his career by recording and touring with a band that included Johnny Winter, James Cotton, Willie “Big Eyes” Smith, and Pinetop Perkins.  The stunning Hard Again and some fine live performances ensued.  For obvious reasons, Mud couldn’t tap the same supporting cast to record these fourteen Muddy-identified songs.  But his harmonica-player (Wilson), his guitarists (Rusty Zinn, Billy Flynn), his pianist (Barrelhouse Chuck), his bassist (Steve Gomes), and his drummer (Rob Stupka) aren’t exactly slouches, although they could be tighter and rock harder.  As for Mud, he probably couldn’t sing more like his dad if he tried.