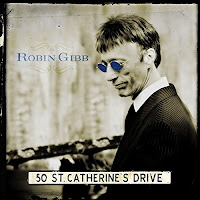 No, you’re not foolish to wonder whether this posthumous solo opus from the Bee Gee with the weirdest voice could possibly be any good.  Yet “any good” it is, and had it been trimmed to its 10 best tracks instead of padded out to 16, it would’ve been even better.  Hooks and baroque-pop filigrees abound, effectively neutralizing Gibb's apparent pride in never having met a cliché that he didn’t like.  The Bee Gees oldie “I Am the World” gets redone to stunning effect.  “Days of Wine And Roses” doesn’t embarrass itself by sharing a title with a Henry Mancini-Johnny Mercer classic.  And the late-Aussie-DJ tribute “Alan Freeman Days” is so irresistible that opportunistic Americans would be foolish not to record a cover renamed for Casey Kasem. 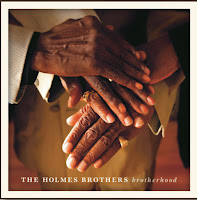 This septuagenarian trio’s soul-gospel-blues mix is as generic as ever, but the longer they stay at it, the less pejorative “generic” seems.  More than ever, in other words, they sound less like some spark-seeking soul singer’s ideal backing band (guitar, bass, drums--and they sing!) and more like a Three Dog Night for the roots crowd.  “Stayed at the Party” is nothing if not a long-overdue sequel to “Mama Told Me (Not to Come).”  Also like Three Dog Night, these guys can do small wonders with the right material: Popsy Dixon’s falsetto adds the ideal note of vulnerability betrayed to Ted Hawkins’ “I Gave Up All I Had.”  If they’d resisted bloating Brotherhood to fourteen tracks, maybe such highlights wouldn’t seem so few and far between. 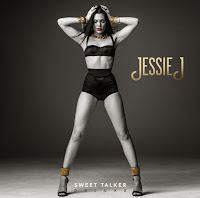 “I’ma do it like it ain't been done,” declares Jessie J repeatedly at the outset, although what “it” is remains ambiguous.  If it’s, you know, “it,” then good luck with that.  If, however, it’s high-impact hip-hop R&B circa right now, then she has a chance.  She did, after all, get top billing on “Bang Bang,” the explosive single that she recorded with Ariana Grande and Nicki Minaj and that’s also this album’s most combustible song.  Second-most combustible is “Masterpiece,” which doesn’t so much do it like it ain’t been done as borrow Martika’s “Toy Soldiers” hook for the refrain and use it to express this accurate review of Sweet Talker as a whole: “You haven't seen the best of me. / I'm still working on my masterpiece.” 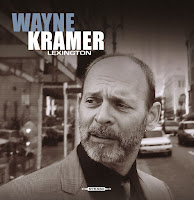 Top--indeed only--billing though Wayne Kramer gets on this engagingly rambunctious free-jazz excursion, the erstwhile MC5 guitarist is only one of nine noisemakers who collectively go by the name of the Lexington Arts Ensemble.  And the most arresting composition, the film-noir atmospheric “13th Hour,” isn’t even rambunctious.  So an electric guitarfest Lexington is most definitely not (although the last two-and-a-half minutes of the second-most-arresting composition, “The Wayne in Spain,” come close).  A trombone, tenor sax-and-oboe, and double drummerfest with electric-guitar filigrees is more like it.  There are also two bassists (upright and electric) and a pianist (who might or might not be the organist on the shuck-and-jivey “Elvin’s Blues”).  Do the jams get kicked out?  Oh yes.