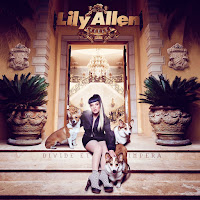 Allen’s her own woman and all, but she has precursors: Julie Brown (who she’s as funny as), Tracey Ullman (who she sings as well as), Millie Jackson (who she’s working on being as dirty as) and chick flicks, for which this album, like her other two, could be a soundtrack if R-rated chick flicks were the norm.  All but foregoing timelessness and universality, she sets herself the challenge of remaining up-to-the-minute and more or less succeeds, tweaking Kanye West in the title cut, bitching up “It’s Hard Out Here for a Pimp,” and mentioning Instagram and Wordpress.  The catchiest song is the Abba-gone-zydeco “As Long As I Got You.”  The sincerest is “Insincerely Yours,” which goes “Let’s be clear, I’m here ... to make money.” 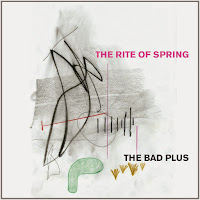 THE BAD PLUS
The Rite of Spring (Sony Masterworks)

Why not a top-flight jazz trio’s interpretation of the twentieth century’s most inflammatory work, what with jazz’s comprising the twentieth century’s most inflammatory musical innovations and all?  Well, there are no dancers (Le Sacre du printemps was a ballet after all), and no jazz trio, no matter how gifted or well intentioned, can evoke riotous pagan spirits as convincingly as an orchestra.  In short, there’s no way that this skeletal, one-dimensional recreation of a fully fleshed three-dimensional experience won’t have twenty-first-century ticket buyers feeling as if they’ve been had.  Still, the sole surviving dimension hath charms to roil the savage breast.  And there’s something to be said for leaving something to the imagination--and for giving the drummer David King room to strut his overcompensatory stuff. 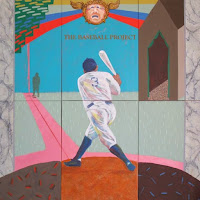 3rd improves this indie supergroup’s already impressive slugging percentage.  Coming in for admiration and-or sympathy this time are Luis Tiant, Dale Murphy, Hank Aaron, Babe Ruth, Larry Yount, and every beloved player with a lousy personality (“They Played Baseball”).  Coming in for disapprobation and-or sympathy: Lenny Dykstra, Alex Rodriguez, and Pascual Pérez.  The music ranges from folk-rock to power-pop, the singing from Scott McCaughey’s and Steve Wynn’s sports-nerd whimsy to Linda Pitmon’s ball-girl charm.  Best of all is the Dock Ellis tribute “The Day Dock Went Hunting Heads,” which recounts the time that Ellis jump-started the slumping Bucs by hitting every Cincinnati Red batter that he faced before getting pulled in the first inning.  Thirty years later, the incident still possesses inspirational properties. 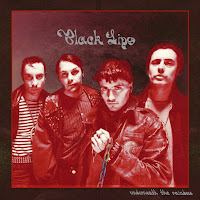 BLACK LIPS
Underneath the Rainbow (Vice)

Who’d’ve thunk that an impassioned Atlanta combo would’ve been just the thing to drag the Black Keys’ preoccupation with anachronistic garage rock kicking and screaming into the twenty tens?  And who’d’ve thunk that, having succeeded, the combo’s results would sound so unexceptional?  “Don’t Die” is good advice, of course, but Chuck Berry, Alice Cooper, Brownsville Station, and Pink Floyd have done better schoolhouse rock than “Waiting.”  As the soundtrack to a water-treading refusal to mature, most of this album passes muster.  None of its sentient fans, however, will be rocking or rolling to it in five years.  Maybe the jazz-fusionists, classical revisionists, every talented musician who’s not Jack White, and Yogi Berra are correct: The past ain’t what it used to be, and, what’s more, it never was. 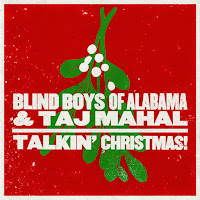 Clarence Fountain is still MIA, Paul Beasley’s falsetto is still too squeaky, and Taj Mahal is content mainly to pick and strum instruments.  But someone (Ricke McKinnie?  Ben Moore?  surely not the nonagenarian and sole original member Jimmy Carter?) is doing a pretty-good Fountain impersonation, Beasley’s solo mic time is limited, and Mahal’s deep black-diaspora roots are a perfect complement to the more circumscribed but equally deep roots of the Boys.  Of the half-dozen originals, “There’s a Reason We Call It Christmas” has the makings of a bonafide holiday standard, and “What Can I Do?” could’ve improved Bob Dylan’s Oh Mercy.   As for the gospel-rocking album-opener, “Do You Hear What I Hear?,” it’s so radically re-arranged that you’d swear it was an original too. 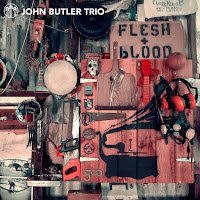 Don’t let the “jam band” tag that’s attached itself to this Australian band put you off.  Although the songs tend toward the five-minute mark, there’s a concision to the execution that brings the riffs to the fore, making them and the lyrics (not superfluous), the singing (adequate at worst, sing-a-long-ish at best), and the titles to which they’re attached (“Devil Woman” is not a Cliff Richard cover) feel rootsy without giving off excessive patchouli whiffs.  “Livin’ in the City” even manages to bring Dylan’s “Subterranean Homesick Blues” overground while honoring the titular echoes of Stevie Wonder.  Live, of course, matters might get out of hand.  Flesh + Blood, however, is a studio album.  Why, “Bullet Girl”’s parts are practically greater than its metaphysical whole.