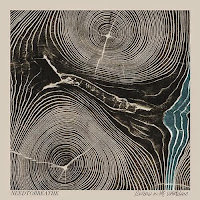 NEEDTOBREATHE
Rivers in the Wasteland (Atlantic)

Five albums and three EPs in, Bear Rinehart hasn’t quite earned the right to sing like an intensity-prone Southern cross between Adam Duritz and Eddie Vedder, but he has come far enough to justify the risks that he’s taking as a songwriter.  The substantial Christian portion of NEEDTOBREATHE’s audience will respond most readily to “Wasteland” (“If God is on my side, / Who can be against me?”) and “Multiplied” (“God of mercy, sweet love of mine, / I have surrendered to Your design”), but most of the songs will resonate with folks of all persuasions, mostly because the band sounds as comfortable calming a storm (“More Heart, Less Attack”) as it does rollicking one up (“State I’m In”).  Album Number Six (or EP Number Four) should be out of this world. 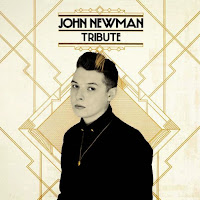 This youthful blue-eyed-soul singer has bypassed Simon Cowell’s fast-tracking talent shows and climbed the U.K. charts the old-fashioned way--by giving Opportunity his business cards and opening the door every time she knocks.  So it’s hard to begrudge him his success.  It’s also hard to mistake for hubris the rapid-fire recitation of rock-and-soul greats that introduces this album’s title cut: Newman doesn’t presume himself worthy of following in his heroes’ footsteps so much as he feels obligated to keep their blazed trails smoking.  Unfortunately, he rains on their parades instead.  The similar-sounding melodies are short on hooks, the overproduced backing tracks long on bombast, and vocally he mistakes reach for grasp and rasp for depth.  Come home, Paul Young.  All is forgiven. 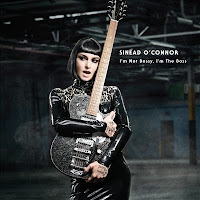 Maybe it’s the way that the line about always having to be the lioness (“How About I Be Me”) recalls her first album.  Or maybe it’s the way that nearly each of these songs—from the raucous (“The Voice of My Doctor,” “KIsses like Mine”) to the primally screaming (“Harbour”) to the Princely (“Your Green Jacket,” maybe “James Brown”)—recalls her chronic inability not to want what she cannot have.  Whatever.  The music that O’Connor makes by wearing her multiply broken heart on her sleeve as proudly as she wears that Jesus tattoo on her sternum is still something special.  It might even justify her suffering, much of which, as everyone knows, has been self-inflicted.  Too bad that none of the deluxe-edition extras is a Miley Cyrus cover. 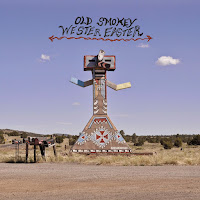 These guys take neither themselves nor their lack of seriousness seriously.   Their jokes include sounding like Mumford & Sons (banjo) trying to pass themselves off as a Klezmer ensemble (clarinets) and including the word “Transylvania” in the titles of three of the seven instrumentals.  “The Transylvania Effect” could almost pass for a Smile-era Beach Boys outtake.  There are also seven songs with words, hence seven songs with singing (of varying quality).  The catchiest is called “All the Way Slow,” which is fast (get it?), and sounds like the Association appropriating “Tequila.”  As sung, its titular refrain sounds like “I’m going on with school” or maybe “I’m going home with Snoop.”  It’s the kind of happy accident that can only happen to bands this committed to kind musical acts of randomness. 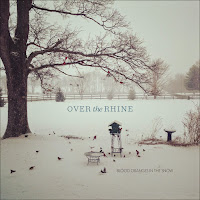 OVER THE RHINE
Blood Oranges in the Snow (Great Speckled Dog)

The husband-wife duo Over the Rhine has achieved something rare: original Christmas-themed songs that also work as stand-alone singer-songwriter introspection.  As Christians, Linford Detweiler and Karin Bergquist aren’t content merely to take their emotional pulses.  Both “Hark! The Herald Angels Sing” and “O Come, O Come, Emmanuel” show up as codas.  But they don’t deny their emotions either—or how mixed those emotions can become over decades of adulthood.  They do not, in other words, disentangle what they believe happened in Bethlehem from what they’ve learned of human frailty, especially their own, whether visiting a parent in a cemetery, hoping that they can still believe that the Christ child holds a gift for them, or making Merle Haggard’s “If We Make It Through December” their own. 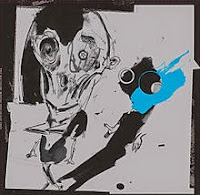 EP2 follows the template of last year’s EP1, sequencing four stylistically distinct, fat-free, and sharply engineered songs for maximum wallop.  But whereas on EP1 the loudest song came at the end, the loudest song on EP2 (“Blue Eyed Hexe”) comes at the beginning.  And whereas on EP1 the prettiest song was inspired by an “Andro Queen,” the prettiest song on EP2 (“Greens and Blues”) seems to have been inspired by Frank Black’s friend, the late Jesus rocker Larry Norman.  Pixies being Pixies, of course, neither “loud” nor “pretty” means what it would ordinarily mean, not with genres meshing and mashing, Black singing with as many levels of intensity as the lyrics demand, and predictability never rearing its head.  EP3 is in the pipeline.  Here’s hoping for a hat trick.