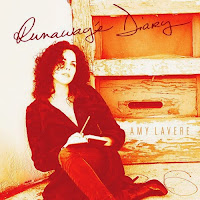 A real-life runaway episode from LaVere’s teenage years inspired these songs, eight of which she composed or co-composed, four of which she chose (from Townes Van Zandt, Ned Miller, Mike McCarthy, and John Lennon).  The reason that they comprise her best album to date, however, has less to do with their through line than with such oddball aural touches as Sam Shoup’s mellotron and their sheer catchiness.  Consider, for instance, “Self Made Orphan.”  Its jaunty syncopation and the way that LaVere’s sleepy morning-after voice rides it would be their own rewards even if the lyrics didn’t include this concise elucidation of why people love pop music in the first place: “I daydream every song’s about me. / I daydream every song’s about you too—especially the sad ones.” 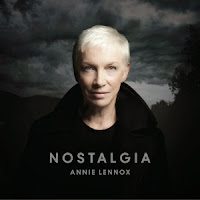 Lennox is a good soul and no doubt means well, but her takes on these 12 staples of the Great American Songbook diet are rather boring.  Blame it on the Nina Simone effect—slowing songs unnecessarily down in the mistaken belief that slow equals soulful or deep.  Optimists will call the results “lush,” and they’ll have a point.  Every now and then the husky richness of Lennox’s alto voice intersects with her backing orchestra in ways that suggest new possibilities.  And the arrangements are not bereft of imagination.  But not even the audacity of placing Screamin’ Jay Hawkins alongside George Gershwin, Hoagy Carmichael, and Duke Ellington will distract skeptics from wondering what a Scottish ex-Eurythmic could possibly know about what Billie Holiday knew about strange fruit circa Jim Crow. 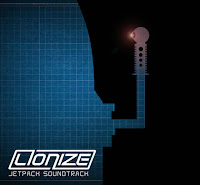 If this Maryland-based trio/quartet (more on that confusion in a second) has never made a bad album, it has never made a great one either, but it’s getting closer all the time, and Jetpack Soundtrack is the Lionize album to get if you’re going to get just one.  Once a reggae act, the band is now a hard-rock act whose main influence would seem to be Deep Purple thanks to Chris Brooks’ answering every call of Nate Bergman’s guitar with Jon Lord-like organ.  Meanwhile, why the drummer Chase Lapp isn’t listed as a member on the band’s website is a mystery.  Without him, not even Bergman’s impassioned enunciation of lyrics giving Wolf Blitzer, Rupert Murdoch, and (especially) Alex Jones their due would feel sufficiently pounded home. 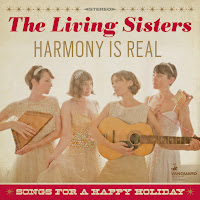 THE LIVING SISTERS
Harmony Is Real: Songs for a Happy Holiday (Vanguard)

Imagine a soft-focus Andrews Sisters-Roches hybrid plus a fourth-part harmony and the talent to assemble a dozen-song holiday album with only two standards (“Silver Bells,” “Jingle Bells”) and one carol (“Little Drummer Boy”), and you’ll have a fair idea of Eleni Mandell's, Becky Stark’s, Inara George’s, and Alex Lilly’s collective charm.  As befits their droll unsentimentality, the mood stays light and even somewhat ecumenical.  (Hanukkah gets a song all too itself.)  But “Unsentimental” plus “light” plus “ecumenical” in their case equals “buoyant” more often than not and “cute” only a little.  And, anyway, their cutest songs (the tourism-committee-worthy “Kadoka, South Dakota,” the Santa-baiting “Skip the Sugar [Good Girl], and the Beach Boys-worthy “Christmas in California”) are also their most detailed and catchy.