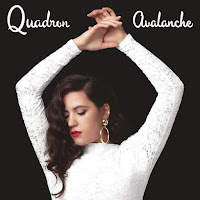 You know who might’ve just been able to make something of this insubstantially slinky, electronically over-cushioned pop-R&B?  Gino Vannelli.  Melodramatic though he was, he could sometimes create the illusion of significance no matter how slight his material.  Denmark’s Coco O., on the other hand, half-coos her sweet nothings as if she’s two drinks past her limit and trying to remember what Urbandictionary.com says “Get your freak on” means before she passes out.  Robin Hannibal does what he can to accommodate his bandmate, thoughtfully subduing the energy and beats per minute lest they overwhelm.  (Even the dance-floor-targeted “Hey Love” feels tame.)  And, on occasion, his thoughtfulness works small wonders.  But Kendrick Lamar’s gauche stab at gentlemanly suavity on “Better Off” is pure date-rape drug. 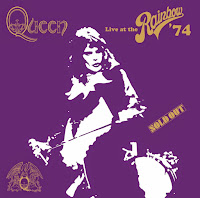 QUEEN
Live at the Rainbow ’74 (Hollywood)

In the May 1977 issue of Creem magazine, Brian May was asked whether Queen would ever release a live album.  “It would have to be really good,” he responded by way of implying that the possibility was dim. 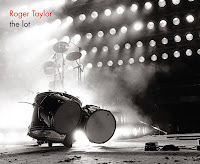 What’s weird is that two years later Queen released the multi-show, cut-and-paste job Live Killers, much of which fell far short of May’s stated standard.  Weirder still, and unbeknownst to the masses at the time, Queen had already recorded four LPs’ worth of live killers that were actually slated for release but got back burnered when Sheer Heart Attack and A Night at the Opera caught fire.

Unsurprisingly, that material, culled from the band’s two 1974 shows at the Rainbow, a prime London venue, was bootlegged out the wazoo.  Now, forty years later, Hollywood Records presents it in official, sonically refurbished editions, some of which include equally refurbished video.  If nothing else, they prove that, before Queen began purveying hits in stadiums amid exorbitant light shows, they were a thunderous, low-frills purveyor of endearingly silly flights of heavy-metal fantasy.

As for where the comprehensive twelve-disc (thirteen including the DVD) box The Lot by Queen’s drummer Roger Taylor fits into this picture, an argument can be made that it doesn’t.  Neither his albums and singles nor those with his band the Cross sold well, and it’s hard to imagine that they’ll top the charts now in a lavish box that’s going for between $100 and $150.

Riffs, however, if not hooks, do abound.  And the intermittent entertainment value of the degree to which Taylor—now sixty-five and the recipient of honorary music doctorates and yacht-racing trophies—sounded like a better-than-average Rod Stewart the older and the mellower he became should not be summarily discounted. 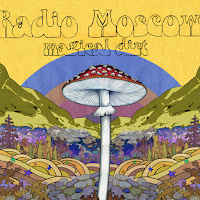 Various Radio Moscow lineups of which the guitarist and singer Parker Griggs has been the only constant have been sprouting in the cracks dividing Blue Cheer from the Stooges (or is it Small Faces from MC5?) for over half a decade now.  The Dan Auerbach-produced Lineup Number One was pretty good; this Griggs-produced Lineup Number Whatever is even better—maybe because a real in-studio drummer has now freed Griggs from having to overdub the drums himself, maybe because Griggs was born to perpetuate rather than to innovate (and he’s good at it).  Not that evolution is beyond him.  “I ain’t got the time to get hooked on you,” he sang in 2011.  This time he has titled a song “Got the Time.”  Is that progress or what?