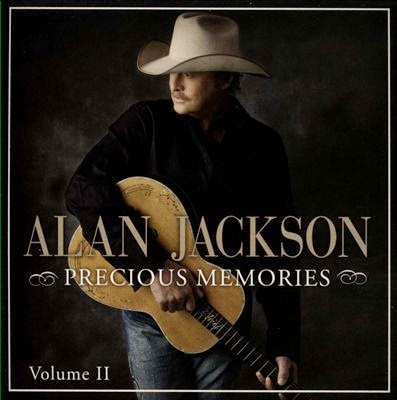 Christianity has played a large role in this country superstar’s life--from his churchgoing Georgia youth to the reason he and his wife of nearly twenty-five years are still married--and his first volume of evangelical hymns has sold almost two million copies.  So it’s no surprise that he’d record a followup.  It is disappointing, however, that there’s not even a smidgen of originality in his interpretations.  On the other hand, to an increasingly unchurched music-listening populace (and an increasingly tradition-averse generation of evangelicals reared on “praise songs”), Jackson’s straightforwardly homespun, faithfully drawled performances might be just the thing to situate these folk songs (which is, after all, at least one thing they are) in the canon of what Rod Stewart fans know as the “Great American Songbook.” 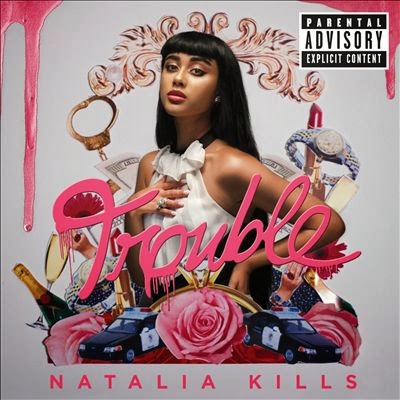 The surface tension in this British hottie’s vulgarly explosive pop goes back at least as far as Jerry Lee Lewis.  In “Problem” she wants to get “lick[ed] down” and concludes “there’s no salvation for a bad girl.”  In “Stop Me” she wants to get “fuck[ed]” in Paris and wears pumps to be “closer to God.”  But the surface is where the tension remains because Kills herself only goes back as far as Hall & Oates (sampled in “Daddy’s Girl”), Sid and Nancy (name checked in “Devils Don’t Fly”), and Cyndi Lauper (vocally imitated throughout, to the particular detriment of the otherwise stunning classic-girl-group homage “Outta Time”).  As for Prince, Kills gives him a run for his money where both “Controversy” and making like a rabbit are concerned. 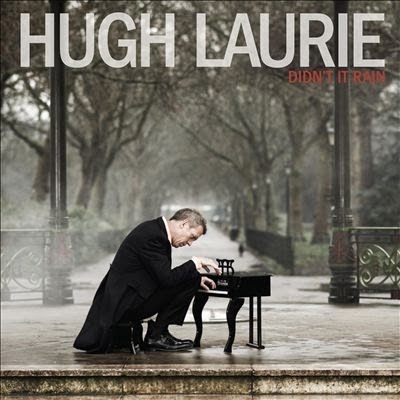 More O.K. covers of (mostly) blues standards, this time with Laurie acknowledging his vocal limitations by sharing the mic with Gabby Moreno (“Kiss of Fire,” “The Weed Smoker’s Dream”), Jean McClain (“The St. Louis Blues,” “Send Me to the ’Lectric Chair,” “I Hate a Man like You,” the gospel title cut), and Taj Mahal (“Vicksburg Blues”).  Would that he shared it more.  Producer Joe Henry and the crack sidemen do what they can to ambience things up, and at times it’s almost enough.  Meanwhile, lest anyone thought all the jokes based on Laurie’s starring role in House were spent mocking his first album, here’s another: If he eventually eclipses his acting career by continuing to make albums, there’ll come a time when people simply refer to him as Doctor Who? 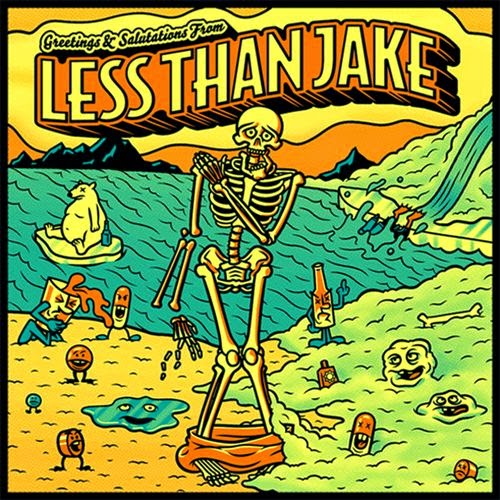 Take Less Than Jake’s 2011 EP, mesh it with Less Than Jake’s 2012 EP, add the two non-EP cuts “View from the Middle” (a song extolling political moderation) and “Flag Holders Union” (a song conflating moderation, indecision, and the Cuban Missile Crisis), and--voilà--a new twelve-track Less Than Jake album!  Will the EP-buying LTJ diehards who’ve already sprung for most of these power-ska declarations of in-dependence be cool with having to buy them again?  Probably not.  LTJ’s fringe demographic, however, might consider its patience rewarded: Sax-and-trombone-buttressed catchiness abounds.  That lead singer Chris Demakes has nothing more to say than that he has nothing more to say than what he said in 2006‘s “The Rest of My Life” almost doesn’t matter. 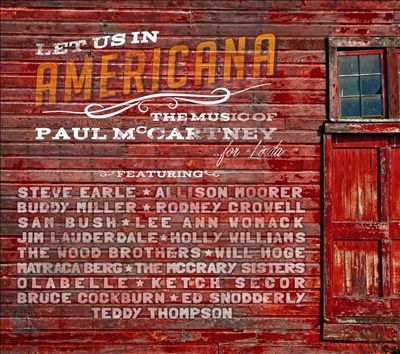 Let Us In Americana: The Music of Paul McCartney ... for Linda
(Reviver)

If there’s anything for which music consumers have been clamoring less than a new solo Paul McCartney album, it’s a collection of long-famous compositions by the erstwhile Cute Beatle and Head Wing performed by long semi-famous roots-folkies.  Yet, now that such a collection has arrived, it turns out to have been (almost) worth clamoring for.  Jim Lauderdale and Sam Bush run away with “I’m Looking Through You” and “I’ve Just Seen a Face” respectively, with Buddy Miller’s “Yellow Submarine” not far behind.  Why Ketch Secor wants to “Give Ireland Back to the Irish” or Holly Williams to subject the 21st century to “My Love” is anyone’s guess.  But, on the whole, the steel guitars and redneck accents take the stuffing out of Sir Paul to salutary effect. 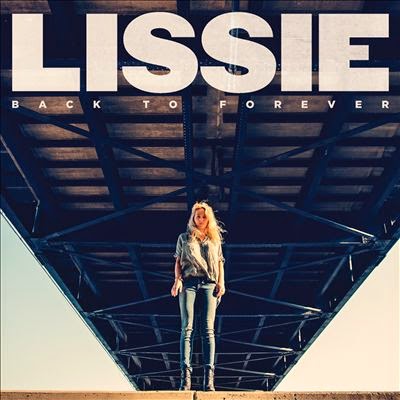 
Back To Forever
(Fat Possum)

It’s no slight to this Illinois native to say she writes (melodically always, verbally sometimes) like Stevie Nicks and (minus the frayed vocal cords) sings like her too.  In fact, given Nicks’ knack for creating (you’ll forgive the expression) classic pop-rock, the comparison is a compliment.  The apparently anti-surface-mining “Mountaintop Removal” aside (there are other places to become one with nature after all), there’s not a dumb or musically maladroit cut on this album.  Riffs and hooks co-mingle just as they should.  And while there’s filler (“Cold Fish” has mediocre Alanis Morisette tattooed all over it), it just proves that Lissie’s a mere mortal rather than a goddess in progress.  And therein end the Stevie Nicks comparisons, for better and for worse (but mostly better). 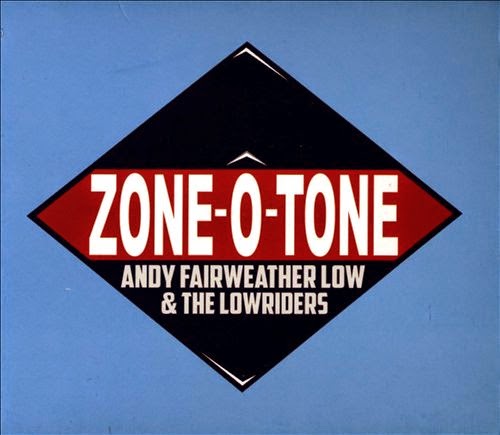 Andy Fairweather Low has long paid his bills by playing guitar and singing on albums or tours by more famous performers, but he wouldn’t have gotten those gigs if he weren’t money in the bank.  He excels at conversationally re-contextualizing blues, soul, and gospel tropes and tunefully setting them to pop styles that, in addition to the aforementioned genres, include a few that would’ve seemed right at home in the days of Vaudeville.  Whether exhorting (“If you can’t have what you want, / hold on tight to what you got”), criticizing (“Matthew, Mark, Luke, and John have sold out to the rich”), supplicating (“Take me to the river and wash my sins away”), or devoting an entire acoustic waltz to “Love, Hope, Faith & Mercy,” he drinks from an ocean of wisdom. 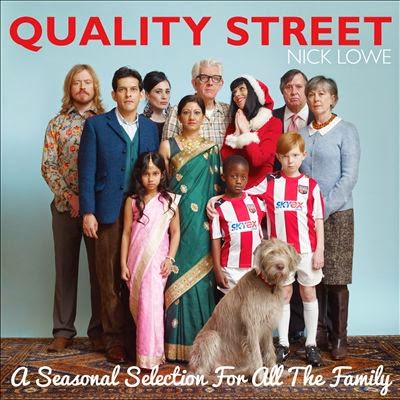 NICK LOWE
Quality Street: A Seasonal Selection for All the Family
(Yep Roc)

Lowe has spent the last forty-plus years promulgating everything from pub-rock and power-pop to neo-rockabilly and autumnal acoustic introspection, all with a gimlet eye focused on both the log in his own eye and the splinter in his neighbor’s.  And on Quality Street: A Seasonal Selection for All the Family, he reaps what he has sown.  More than anything else, he and his jauntily rootsy combo sound relaxed, as at peace with both Santa and the Virgin Birth as C.S. Lewis was in The Lion, the Witch and the Wardrobe.  Seamlessly blended cover tunes, traditional numbers, two originals (one catchy and funny, one thought provoking)--it’s nearly impossible to tell where the secular ends and the sacred begins, maybe because for Lowe the two are one.