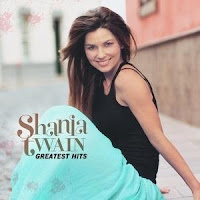 (As published in WORLD)
The release of Shania Twain’s Greatest Hits, timed like last year’s Up! to coincide with the post-Thanksgiving gift-buying season, preserves for posterity the high points of a phenomenal pop-music career. Unlike Madonna or Britney Spears, for instance, whose sensationalistic sensuality has often masked their lack of talent instead of enhancing what talent they actually possess, Twain has created a hit-filled body of work that functions as the aural equivalent of her playfully flirtatious public persona.
Her songs also benefit from a unique meeting of pop-music opposites. Under the production skills of her husband “Mutt” Lange, who until marrying Twain was best known for his hard-rock/heavy-metal work with AC/DC, Def Leppard, and Bryan Adams, her best-known songs have a pop luster and an arena-rocking beat that has become the standard for any country musician intent on defying categorization and “crossing over.” Seldom has envisioning a Greatest Hits, Volume Two felt more daunting.
Posted by The Arse Man at 5:29 PM