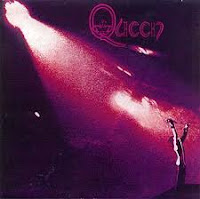 QUEEN
Queen
Queen II
Sheer Heat Attack
A Night At The Opera
A Day At The Races
Greatest Hits II
(Hollywood)
In 1991 Hollywood Records acquired the rights to Queen’s catalog in the U.S. and began reissuing digitally remastered, bonus-remix-enhanced 20th-anniversary editions of the group’s albums.  Not surprisingly, people in the U.S., where Queen CDs had been available only as pricey imports, bought them. 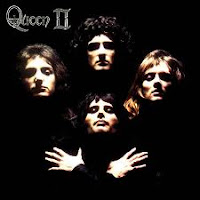 To entice those consumers who are still alive into buying these 40th-anniversary editions, Hollywood has, with the exception of the 1981-1991-spanning Greatest Hits II, added bonus EPs containing demos, BBC sessions, live versions (some previously released), instrumental tracks, a cappella mixes, the recently completed “Mad the Swine”--you get the idea.  Oh, and “2011 digital remastering” that sounds a lot like the digital remastering of yesteryear.  Not surprisingly, people in the U.S. are wondering whether they should buy these discs or hold out for the fiftieth-anniversary editions sure to come in 2021.
Heck, buy these.  If like many Queen fans you’re about to observe your own fiftieth anniversary, there’s no guarantee you’ll have kept yourself alive (what with the increased likelihood of sheer heart attacks and all) ten years from now anyway. 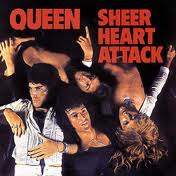 Now for a disc-by-disc breakdown (2011 Hindsight Version): Queen (1973) and Queen II (1974) are the main reason critics originally dismissed Queen as a hodgepodge of Zeppelin and Bowie.  Signs of the camp-metal, artfully overdubbed glories to come abound, but essentially Freddie and the boys were aiming at a conceptual target and falling wide or short of the mark. 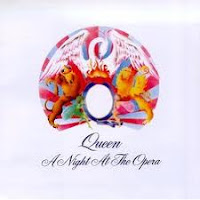 They solved that problem on Sheer Heart Attack (1974), not by reducing the flamboyance or the uniqueness of their Zep-Bowie blend but by unifying it into a more pop-friendly--well, formula.  The guitar solo of the lead track, “Brighton Rock,” became a staple of the group’s concerts, and “Killer Queen,” the bona fide hit, brought Queen to the attention of U.S. DJs, thus paving the way for the acceptance one year later of the reason God put them on this earth… 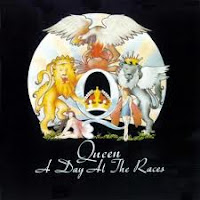 … A Night at the Opera, specifically its penultimate track, “Bohemian Rhapsody,” the culmination of ten years’ worth of multi-segmented, studio-created epics that had begun with “Good Vibrations,” continued with “River Deep, Mountain High,” and ended with “Stairway to Heaven.”  Only it hadn’t.
A Day at the Races followed in 1976, and, man, did it follow, adhering so closely to A Night at the Opera’s template that it went almost as many times platinum. 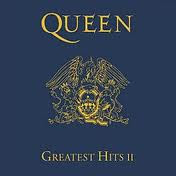 Then, ten months later, they were the champions of the world.

Email ThisBlogThis!Share to TwitterShare to FacebookShare to Pinterest
Labels: A Day at the Races, A Night at the Opera, Brian May, Freddie Mercury, John Deacon, Queen. Queen II, Roger Taylor, Sheer Heart Attack