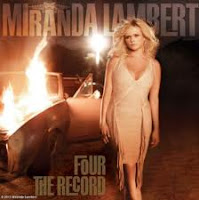 
If only for the energy, humor, and intelligent sympathy that Lambert, her studio hands, and her co-writers put into it, this album deserves its acclaim.  But it’s not quite energetic, funny, or intelligently sympathetic enough to justify its fifty-seven-minute length.  In other words, it doesn’t provide the jolt that the twice-as-lean new album by Lambert’s side project, Pistol Annies, does, in part because the Annies are also twice as mean and somehow (therefore?) more country.  Still, Lambert solo is country enough to have benefitted from playing by country’s rules, one of which is that if you can’t bowl ’em over inside half an hour minutes, maybe you deserve to be passed over by posterity for the music that Loretta Lynn and Tammy Wynette were making at your age. 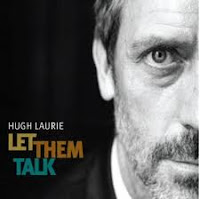 
Just what we need--an album of blues and jazz classics for people too busy watching House to discover the dozens, if not hundreds, of better versions available for the downloading.  (Not for nothing, one suspects, does the disc lead off with “St. James Infirmary.”)  As a vocalist, Laurie isn’t bad.  With his ability to carry a tune in a battered bucket, he certainly does better by this material than Bruce Willis did by his in the 1980s.  But Laurie still sings like someone who’s famous for acting, i.e., like someone who’d be doing well to land a steady gig in a French Quarter dive were he not better at playing doctor.  Would you leave change in his tip jar?  Yep, but probably not as much as this album costs. 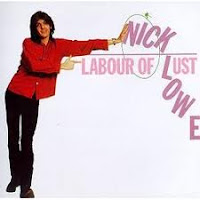 NICK LOWE
Labour of Lust
(Yep Roc)
Whereas “instant classic” usually puts the “moron” in "oxymoron," this pub-rock tour de force has been proving itself worthy of the term for thirty-two years. And, as this reissue adds the previously U.K.-only “Endless Grey Ribbon” and the previously B-side-only “Basing Street,” it’s more classic now than ever. It’s also more instant. Lowe’s decision to keep Terry Williams’ drumming high in the mix provides sterner reproof to the Age of Digital Compression than it did to the Age of the Aphex Aural Exciter, and, now as then, the hooks and wit just keep on coming. Lovers of the former will enjoy discovering that the oft-anthologized “Cruel to Be Kind” gets stiff competition from the never-anthologized “Skin Deep.” As for lovers of wit, they get bawdy punch lines out the wazoo.
My 2011 Illinois Entertainer Reviews: N-P
Posted by The Arse Man at 7:15 PM