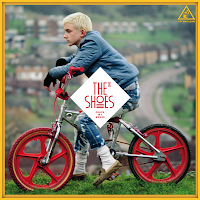 
Power-pop fans will be forgiven for taking umbrage at the nerve of Guillaume and Benalways, two French producer types who simply by adding a “The” to their moniker have co-opted the name of one of that power pop’s greatest bands.  What next?  The Big Star?  The Cheap Trick?  (The The The?)  Eventually, however, even power-pop fans--who after all love nothing more than a killer hook--will warm up to these techno tunes.  By enlisting vocalists far less annoying than Tom Bailey and Dave Gahan, for instance, Guillaume and Benalways make it easy to appreciate what is in many respects an effervescent reconfiguring of Thompson Twins and Depeche Mode.  And by adding abundant fizz of their own, they’ve come up with music worthy of being called “soda pop” if anyone’s is. 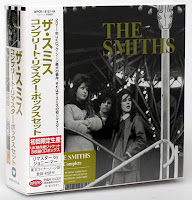 
Rhino’s reissuing the first eight Smiths albums in a box is as good a reason as any to assess their place in pop-music history.  But first let’s assess the box’s place in box-set history.


By including Hatful of Hollow (BBC-recorded alternate versions and both sides of two singles circa 1984), The World Won’t Listen (the first of two Smiths 1987 compilations), Louder Than Bombs (the second), and Rank (a 1988 live album), Complete presents seven songs three times and twenty-nine songs twice.  And most of the overlap sounds the same even when it isn’t.


So unless you really like songs about ballerina-skirt-wearing priests (“Vicar in a Tutu”), suns that shine out of behinds (“Hand in Glove”), or walking on the Wilde side (“Cemetry Gates”), their popping up repeatedly can make you want to accept Morrissey’s invitation on “Is It Really So Strange?” and kick him, punch him, butt him, and break his face.  One wants to shout at him, “There’s no I in ‘Smiths.’”  Only there is--and, unfortunately, there’s one in “Morrissey” too.


Only five of the titles on Complete start with “I,” but four other titles contain it, and two contain “Me” and “My.”  Nine songs begin with it.  In “Bigmouth Strikes Again” Morrissey reproaches himself for hurting someone else then compares his feelings of guilt to the agonies of Joan of Arc at the stake. You get the idea.


Still, on most of the Smiths’ songs, the metallic jangle and drone of Johnny Marr’s guitar rode catchily propulsive rhythms even when it couldn’t override Morrissey.  And, yes, a pretty good compilation of Smiths songs for Smiths haters can be carved from their oeuvre.


There are, for instance, the instrumentals “Oscillate Wildly,” “The Draize Train,” and “Money Changes Everything” (not Cyndi Lauper’s).  And medleying “Rusholm Ruffians” with Elvis Presley’s “His Latest Flame” (on Rank) took Morrissey out of himself, as did “Girlfriend in a Coma,” “Girl Afraid,” “Golden Lights,” and “Accept Yourself.”  Amid such company, even “Heaven Knows I’m Miserable Now” and “I Want the One I Can’t Have” wouldn’t seem insufferable.


But the highlights would be “How Soon Is Now?,” the jittery ferocity of which nipped comparisons between the Smiths and R.E.M. in the bud, and “What Difference Does It Make,” on which Marr did override Morrissey.


The title of this public service?  Not That There’s Anything Wrong with That--or, better yet, Narrowsmith.