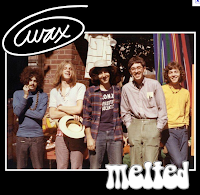 WAX
Melted
(Lightyear)
Here’s the story: In 1970 a Philly band whose members would go on to success in Baby Grand and the Hooters (Rob Hyman) or just Baby Grand (David Kagan) or producing Cyndi Lauper and Joan Osborne (Rick Chertoff) or managing oldies acts (Rick Levy) enters a studio and plays twelve songs totaling an hour while the tape rolls. Then the label goes belly up, the album goes unreleased, and the tapes go missing. Then, forty years later, the omnipresent John Kalodner finds them, and the album finally gets released right after the band’s bassist (Beau Jones) dies. So how’s the music? A freewheelingly funky mélange of boogie, prog rock, and other ingredients that would eventually characterize album-oriented ’70s FM playlists. Best line: “I have laughed myself silly reading Edgar Allan Poe.” 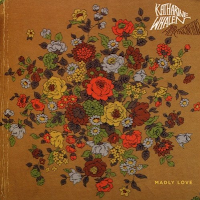 
If ever you need an example of too many influences spoiling the broth, this album will do just fine.  Whalen and-or her publicists have cited this album’s literary sources (Victorian literature, Richard Brautigan, an antique Children’s World Book Encyclopedia), musical sources (early jazz and folk), and human sources (Whalen’s own life) as if by providing such footnotes they could persuade listeners to doubt what their own ears will tell them--namely, that all but the simplest of these ten songs (“Roses and Pine,” “When I Dream,” “With You”) is more convoluted and cluttered than any style of pop need be.  And whereas someone with a more straightforward vocal approach might be able to cut through the murk, Whalen’s eccentric mannerisms (Judy Garland doing Chrissie Hynde?) make even the easy stuff sound hard. 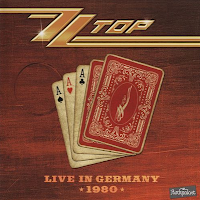 
Eagle sure knows how to milk this gig.  Originally filmed at one of the “rock nights” sponsored and broadcast by the German TV show Rockpalast, it was released in 2009 as a twenty-two-track DVD and again in 2010 as the first half of the two-DVD Double Down Live.  And now we get it again--minus the visuals and seven songs (“I’m Bad, I’m Nationwide” and “Tube Snake Boogie” among them).  Of course, the fifteen surviving cuts (“Cheap Sunglasses,” “La Grange,” and “Tush” among them) smoke: With Gibbon’s, Hill’s, and Beard’s ascension to iconic status via MTV still three years off, they had to make sure their white-trash-compacted amalgam of hard rock and barbecued blues got over on its own merits.  But this particular show is beginning to feel refried.
Posted by The Arse Man at 7:13 PM