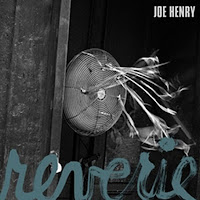 
“I’m dead to the world,” Joe Henry sang in 1993, and in 2011 he sounds it.  Not once during the hour it takes these fourteen songs to drag past does he up the tempo.  And while the smoky, detritus-strewn, crap-bar atmosphere he and his band create suits his eloquent introspection (think Leonard Cohen for the early-Tom Waits claque), his voice doesn’t.  That it’s gritty as sandpaper isn’t the problem.  Lines like “Some take wine for water, / some make bread from stone, / some take love for granted like they’ll never be alone” (“Dark Tears”) are particularly convincing coming from someone who sounds hungover.  But his voice is thin as sandpaper too.  And when he comes on extra soulful, even his sharpest lyrics can rub you the wrong way. 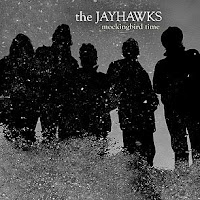 
As birds of a feather, it was inevitable that Gary Louris and Mark Olson, the two wings with which the Jayhawks originally took flight but who’ve been estranged since 1995, would reunite.  But did Louris have to count his chickens prematurely by telling Rolling Stone that his and Olson’s “goal” was “to make the best Jayhawks album that’s ever been done”?  Carefully constructed though Mockingbird Time is, it isn’t the best Jayhawks album that’s ever been done.  Rather, its hooks and lyrics feel as tentative as you’d expect from songwriters learning to collaborate again after a long separation.  In other words, although Louris and Olson still skillfully blend the Eagles and the Brothers Everly and Flying Burrito, they have a way to go in terms of blending with each other again. 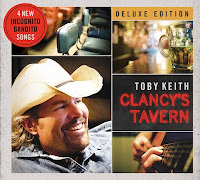 
If this album is any indication (and with a lead cut called “Made in America” it had better be), Toby Keith’s Southern “blue dawg” Democrat politics are simply what would’ve passed for ordinary national sentiments back when his grandmother, the bar-tending “Clancy” of the title track, was making the “regular Joes of the world” happy by keeping their beer glasses full and their ashtrays emptied.  The church-going neighbors probably considered the tavern a den of iniquity, but Keith remembers it as a macrocosm of a democratic bonhomie unique to the country he loves.  And not only do the rest of his latest songs keep that spirit alive, but the best of them (“Tryin’ to Fall in Love,” “Beers Ago,” “Red Solo Cup”) might’ve even qualified for Clancy’s jukebox.
My 2011 Illinois Entertainer Reviews: L
Posted by The Arse Man at 9:21 PM