Of all the mementos in the Carencro, Louisiana, office of Stanley “Buckwheat” Dural, Jr., none testify to his success as the leader and personification of Buckwheat Zydeco more eloquently than the wall he’s covered with photos of himself and the famous people he’s met and performed with: Eric Clapton, Fats Domino, Albert Collins, Ed Bradley--“The 60-Minute man,” cracks Dural--and Stevie Wonder.

On this afternoon in late March, however, one photo in particular grabs Dural’s attention. “You know who that is?” he asks pointing at a photo of himself and a dapperly attired gentleman. “That’s Roger Troutman.” Troutman--a.k.a., Roger-- was the pioneering funk musician-composer-producer best known for his hits with the group Zapp and for making the vocoder an integral part of contemporary black music.


He was also shot to death by his brother and former band member Larry Troutman on April 25, 1999, not long after the photo of him and Dural was taken. “By his brother,” muses Dural. “Can you believe that?”

The Troutman affair has special meaning for Dural, who later this evening will listen for the first time to what he hopes will be the next release on his own Tomorrow Recordings, an as-yet-untitled solo album by Chris Ardoin’s former Double Clutchin’ drummer, creative foil, and older brother, Sean. “Sean’s a good musician,” says Dural, “and Chris is real good too. They’re good together or by themselves.”

Dural admits, however, that the splitting of the brothers as a creative and performing duo is a shame, the zydeco equivalent of such notoriously counterproductive rock and roll sibling rivalries as Phil and Don Everly’s and Ray and Dave Davies’. “It’s so nice,” he adds wistfully, “when you can work together.”

At fifty-three, Dural knows a lot about working together--so much, in fact, that if universities gave credit for coalition building and teamwork, he’d probably have a Ph.D. Ask him, for instance, to explain his rapid rise to the top of the post-Clifton Chenier zydeco heap and how he’s maintained that success for so long, and he’ll cite the time in the mid-’80’s when he convinced a New York-based author named Ted Fox to put his writing aside and to take up managing Buckwheat Zydeco full time.

Ask him how he has managed to keep Tomorrow Recordings going in an age of indie-record-company attrition, and he’ll cite the interrelated contributions of his label’s various publicists (only one of which lives in Louisiana). True, nothing gets done without his approval, but he gives his approval to quite a bit because he has surrounded himself with people he trusts, people who understand that Tomorrow represents a roots-conscious, artist-friendly alternative to the major labels--and that its ultimate success will be determined by the degree to which it stays true to its ideals.

“Island Records was great,” says Dural of the label for which he recorded intermittently between 1987 and 1994. “All those companies were great, but those were giants, man. I was like a needle in a haystack.” And the worst consequence of being a needle, Dural discovered, was that his albums were often invisible in cities where his live act was doing some serious throwing down.

It’s a situation he chalks up to the promotional laziness inevitable in labels that have the sales of an act like U2 to fall back upon.

“You’ve got twenty other artists with income galore coming in already, and then you’ve got to stop and worry about me that ain’t started with the income yet? That’s what I mean when by ‘lost in the shuffle,’ man, and that’s no good for me, because my music’s too important for me to settle for that. I’d prefer to be heard and not make a dime than not being heard and still not making nothing.”

To keep from perpetuating the cycle of negligence himself, Dural has kept Tomorrow’s commitments to a minimum. To date, the only non-Buckwheat Zydeco album to bear the label’s imprint has been Lil’ Brian and the Zydeco Travelers’ extremely well-received Funky Nation. But Dural intends to unearth more music--he has a drawer full of demo tapes from up-and-comers hoping to catch his ear--and not just zydeco either.

“I’m ready to work with people that can invent, that have talent, talent that’s not heard yet and that don’t know how far that talent can go. That’s what’s fun about this company. You’ve got people out there that no one’s never heard of, people who are good musicians. They’re just not discovered. It’s not always artists that have to go looking for a company. Companies have to look for artists too.

“When we started this company,” says Dural, “I had a meeting for southwest Louisiana musicians, and I said, ‘This is what’s getting ready to happen. This is the invite. If you have anything to offer, give me a ring here in Louisiana or call Ted Fox in New York, and we’ll see if there’s something appropriate to work with.’ Everything started coming in.” 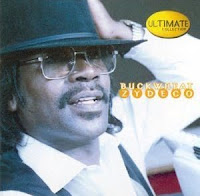 But even though those duties haven’t cut into his touring schedule (he still averages over two hundred shows a year), some of his fans have begun to wonder whether they’ve cut into his songwriting. As of the end of last year, there’d been three Buckwheat Zydeco albums since the release of Trouble, his last studio album, in 1997. But two were compilations (The Buckwheat Zydeco Story: A 20-Year Party [Tomorrow], Ultimate Collection [Hip-O]) and another was Trouble again, albeit re-released, this time with the Tomorrow logo where the Mesa/Atlantic logo used to be.

Dural, on the other hand, who has often spoken of his songs as coming to instead of from him, considers his present fallow period just one more fringe benefit of being his own boss. There is, in other words, no pressure to meet deadlines or deliver product, and as a result he’s free to concentrate on projects like the just-released Down Home Live! album (about which more in a moment) and “All the King’s Men,” the Clifton Chenier tribute that will take place under Dural’s direction later this month at Lafayette, Louisiana's Festival International. The seventy-five-minute set will unite such former Clifton Chenier band members as Dural, John Hart, and Robert Alexander on-stage for the first time in years.

But as excited as Dural is about the reunion angle of the set, he’s also acutely aware of the “King’s Men” who’ll be conspicuous by their absence: Cleveland Chenier (“He’s deceased too”), Joseph Morris (“Joe’s in a home”), and, of course, the King himself. “I wish he was here to see these good things happening, you know? He’s no different than the football players that came out a long time ago and opened the gates for football players today who make seventeen million dollars a year. You talk about seventeen million dollars--they won’t even accept it! ‘Seventeen-million dollars a year? I don’t want that!’”

They don’t want it, says Dural, because their motivation isn’t the love of money but the love of music--just like the motivation of the guys in his band. “They take the music very seriously,” Dural explains. “You’ve got to understand, that’s what these cats do all their lives.” 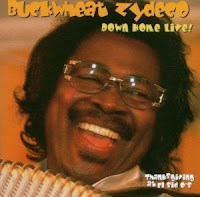 Anyone who doesn’t understand should check out Down Home Live!, a seventy-two-minute document of Buckwheat Zydeco’s performance last Thanksgiving at El Sid O’s, the Lafayette zydeco-and-blues club run by Nathan Williams’ brother Sid.

Although a glance at the song list might cause those familiar with Dural’s songbook to wonder whether they really need another version of “What You Gonna Do?,” “Beast of Burden,” “Hard to Stop,” or “Make a Change,” a glance at the song lengths, which average eight minutes and change, should erase their doubts: Seldom have extended workouts revealed so much about the depths of what’s allegedly a simple, blues-based, rural folk music.

“That’s how come I like to play everything,” says Dural. “People say, ‘Buckwheat, where are you going with this music?’ I say, ‘I don’t know, man. I just take it as far as I can, with no limits except keeping it home, keeping it to the roots, and keeping it to the culture.’

“El Sid O says, ‘You wonder where you’re going, just don’t forget where you come from.’