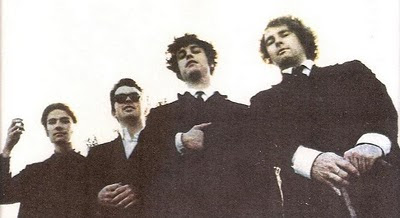 Zumpano--the Vancouver, B.C., quartet whose proximity to Seattle made signing with Sub Pop Records as easy as it was desirable--is probably the first pop-music act since Donna Summer covered "MacArthur Park" to try to turn a love for the music of Jimmy Webb into record sales. Not that Zumpano perform only Jimmy Webb songs. Of the eleven tracks on their Sub Pop debut, Look What the Rookie Did, only “Rosecrans Boulevard” bears Webb's name. But his influence permeates their sound, resulting in '90s music with a '60s flavor.

"We actually learned 'MacArthur Park,'" admits Carl Newman, Zumpano's lead-singing, guitar-playing lyricist. "But we don't play it too much anymore. It began to bother us when people started to request it all the time."

That and the fact that the song goes on forever, a problem that, at three minutes, “Rosecrans Boulevard” doesn't present.

"I think I'm the guy who wanted to do 'Rosecrans Boulevard,' " Newman recalls. "A friend of mine had just gotten into Jimmy Webb, and I started thinking about what Jimmy Webb had written. He wrote a lot of great songs. But the record that really impressed me was the Fifth Dimension's Up, Up, and Away album. The songs he wrote for that were totally great, 'Rosecrans Boulevard' in particular."

To list Jimmy Webb as an influence may be unusual circa 1995. But to cite Jimmy Webb and the Fifth Dimension is downright perverse. And it gets weirder.

"I think the Richard Harris albums are great. A Tramp Shining and The Yard Went On Forever were all Jimmy Webb."

"The Yard Went On Forever is a great album, totally fucked. The title song is indicative of the entire album, although it's the most pompous, overblown song on the record."

And, of course, Newman means "totally fucked" as a compliment.

"Oh yes. It's just seems weird. Richard Harris was this totally square guy, and he was making this record that was almost like easy-listening music, but it was totally psychotic. It had bizarre, druggy lyrics. There's a ballad called 'Gala,' and as far as I can tell it's about some demon who attacks a little girl." 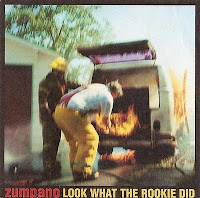 equally pompous, overblown, and "fucked," they should understand that it's the spirit, not necessarily the actual modus operandi, of Jimmy Webb that inspires Zumpano. For one thing, it's expensive to hire a symphony and boys' choir for studio work. Still, the Vancouver quartet did scrape enough together to include horns on several songs.

"The songs that have horns on them were the first we ever wrote," Newman explains. "But I want to start having horns again. When we recorded Rookie, we didn't really know what we were doing. We went into the studio and thought, 'Why don't we put horns on this?' Then we said, 'O.K., where should we put horns?' Then Mike [Ledwidge, Zumpano's guitarist and keyboardist] wrote out the parts. And the horn players weren't $100-an-hour session guys. One did it for free because he was our friend, and the other two were paid, like, fifty dollars each for a couple of hours. On our next album, I think we're going to have horns again, plus violin and cello. I want to do an even more orchestrated record next."

What Rookie lacks in orchestration it makes up for in vocal arrangements. An overdubbed Newman, for instance, turns "Wraparound Shades" into a tribute to an already-mentioned '60s pop-vocal group.

"We were totally trying to be like the Fifth Dimension," confesses Newman. "You know, on Fifth Dimension records they have those big vocal things. 'Wraparound Shades' was just my half-assed attempt to do that. It's funny if nothing else. And at the end of 'The Party Rages On,' our producer Kevin Kane and I did a weird, four-part-vocal thing. On the basis of that alone we've been compared to the Cowsills and the Turtles and the Beach Boys and the Association, although I'd like to think we're not as wimpy as the Association were."

One way for a band to avoid the wimp factor is to name themselves after their drummer. Wimp bands, after all, avoid as much drum emphasis as possible. So it was that Zumpano's drummer, Jason Zumpano, ended up lending his surname to the entire enterprise. His boyish 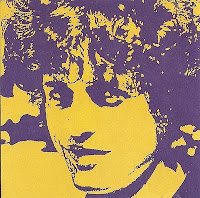 Another way is to rock out, something Zumpano does most conspicuously on the thrash-and-burn, disc-ending instrumental, “(She's a) Full-blooded Sicilian.” And, according to Newman, they also crank it up on stage.

"We're a lot more rock live. We don't even attempt the big vocal things--the ba-ba-ba-baa's--because we couldn't pull them off. We don't really worry about doing the horns and stuff live. We hope that people will forgive us for not having a full horn section. I'd like to have that, but it's not feasible at this juncture."

So at what juncture will such frills be feasible? Doesn't the mere fact that they're on Sub Pop guarantee them generous access to the record-buying public and, therefore, the record- buying public's money?

And what does Zumpano have to show for all its Emerald City exposure?

"It was pretty fucked.”