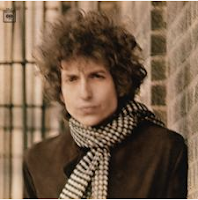 1. “Stuck Inside of Mobile with the Memphis Blues Again” (1966).  The narrator may be stuck inside some place (either a city in Alabama or a gas station), but the music sure isn’t.  If anything, it’s rollin’ and tumblin’, with Al Kooper showing off his rapidly improving prowess on the organ to delightfully virtuosic effect.  The lyrics, meanwhile, evoke Stockholm Syndrome.  Not only does the “stuck” singer have a “debutante” to give him what he needs, but there are also ladies who go so far as to treat him kindly, among who are a French girl who brags about knowing knows him, a honky-tonk woman named Ruthie who wants him to come up and see her sometime so she can give him what he wants, and a Mona whose middle name may or may not be Lisa and who may or may not had the highway blues but who sure enough worries about the train tracks.  Frankly, Mobile sounds a lot like the home that’s not a house in which Judas Priest gets stranded and dies with a smile on his face.  Moral: Don’t go mistaking Memphis for that home across the road. 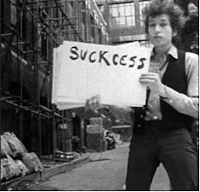 2. “Subterranean Homesick Blues” (1965).  Dylan’s spiking Chuck Berry’s “Too Much Monkey Business” with Beat-poet punch and cue-card synching to the resulting concoction in the coolest rock-and-roll video ever made is what makes this song subterranean.  That the “home” to which Dylan was “bringing it all back” is the same one to which he would have “no direction” just a few months later is what makes it blues. Cultural events of this magnitude do not happen every day. 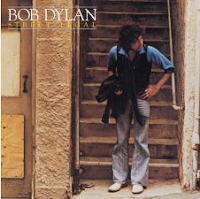 3. “Señor (Tales of Yankee Power)” (1978).  Nobody noticed back in 1978, but “Señor” is a term that those for whom Spanish is a loving tongue often use for “Lord.” Thus this eerie track may have been Dylan’s first song to Jesus.  Can’t blame folks for not noticing really, so preoccupied were they with all the negative reviews Street-Legal was getting.  In hindsight, however, “Let’s overturn these tables” and “Lincoln Country Road or Armageddon” come straight out of the Messianic complex while “Son, this ain’t a dream no more, it’s the real thing” foreshadows Slow Train Coming’s “In order to dream you got to still be asleep.”  As for “Tales of Yankee Power,” it may have simply been an insider-baseball reference to “Catfish” Hunter’s million-dollar right arm.  Or a red herring. 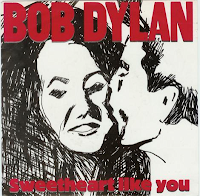 4. “Sweetheart like You” (1983).  This song was a bona fide single (peaking at fifty-five on Billboard), with an MTV video featuring Carla Olson finger-synching a Mark Knopfler guitar solo and everything.  And it’s rich, drawing upon everything from Samuel Johnson (“They say that patriotism is the last refuge to which a scoundrel clings”) to the overtly New Testament language that had dominated the S-album trilogy (“They say in your Father’s house there’s many mansions”) to cast a smoky seduction spell over a precious angel who, according to the seducer (and to the affront of some feminist critics), would be better off “at home ... taking care of somebody nice” than doing whatever it is she’s doing down in the dumps.  So why isn’t this song on any of Dylan’s post-1983 compilations while the negligible “Time Passes Slowly” (Biograph) and “Under the Red Sky” (twice--Greatest Hits Volume Three, Dylan), for instance, are?  It’s not as if the singer said that the titular sweetheart should stay barefoot, pregnant, and in the kitchen. 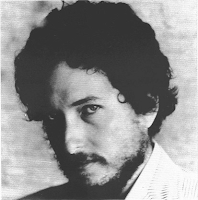 5. “Sign on the Window” (1970).  Perhaps the least Dylan-sounding recording that Dylan ever made.  The David Ackles-like chord progressions, the lead acoustic piano, the cornfield flutes, the mid-song weather report in which the hard rain that the singer fears is sleet and sleet only, the desire to make like a Mormon and family up in Utah, the sheer gorgeousness of the thing generating an emotional nimbus so hopefully optimistic that the undertone of too-good-ever-to-be-true is as heartbreaking as the voice with which it’s sung--in short, what Graham Nash was aiming for in “Our House” and almost hitting.

Email ThisBlogThis!Share to TwitterShare to FacebookShare to Pinterest
Labels: Blonde on Blonde, Bob Dylan, Bringing It All Back Home, Infidels, New Morning, Street-Legal