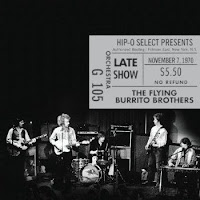 Authorized Bootleg/Fillmore East, New York, N.Y.: Late Show November 7, 1970
(Hip-O Select)
The Flying Burrito Brothers (or “the Flying Bean Sandwiches,” as one member jokes on this album right before “I Am a Pilgrim”) have been legendary for so long that it’s easy to forget how relatively small a deal they were when these forty-two minutes of music were recorded forty-one years ago. Gram Parsons, who’d just been replaced by future Firefaller Rick Roberts, wouldn’t achieve drug-casualty status for three years, Bernie Leadon was yet to become an Eagle, and the rhythm section of former Byrds wasn’t exactly auditioning for the Rolling Stones. But, oh, could Sneaky Pete Kleinow pick that pedal steel and make it weep, and, oh, could they sing! “Lazy Days,” “My Uncle,” and, lest we forget, “Wild Horses”--like, Susan Boyle has nothing on these guys. 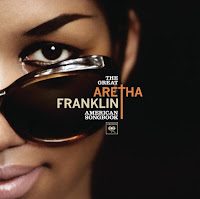 ARETHA FRANKLIN
The Great American Songbook
(Columbia/Legacy)
Now that Rod Stewart has relinquished dibs on the “Great American Songbook” franchise, Sony moves in with this eighteen-track teaser for its dozen-disc box, Take a Look: Aretha Franklin Complete On Columbia. That’s “Columbia” as in Columbia Records, the label long maligned for trying to turn Franklin into a cross between Nancy Wilson and Mahalia Jackson and of therefore clipping the soulful wings she would later sprout on Atlantic. It turns out it’s not that simple. She sounds plenty soulful on “Cold, Cold Heart,” and elsewhere she’s hardly chopped liver. The accompaniment (the metropolitan equivalent of countrypolitan) is what takes getting used to.  But Franklin sure did.  And although she wouldn’t record Young, Gifted And Black until 1972, she sounds all three here--and in that order. 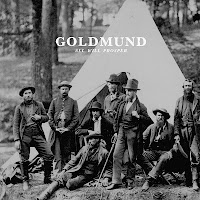 GOLDMUND
All Will Prosper
(Western Vinyl)


Goldmund is Keith Kenniff, an American composer and musician mysteriously attuned, on this album at least (he also records shoegaze, ambient, and children’s music), to the melodies of the Civil War-era United States--music that, as his PR puts it, “tied friends and families together in a time when the nation was being torn apart.”  With nothing more than a piano and an acoustic guitar, he resurrects “Dixie,” “Shenandoah,” “When Johnny Comes Marching Home,” and eleven other contemporaneous songs in shatteringly ghostly renditions.  Not every melody registers instantly.  Several (“The Death of General Wolfe,” “Bonnie Blue Flag,” “Who’ll Save the Left?”) might even strike anyone less than intimate with the popular music of that period as new.  As for the one genuinely new song, Kenniff’s “Ashoken Farewell,” it fits. 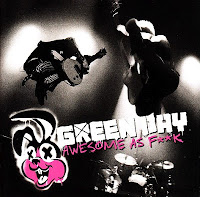 GREEN DAY
Awesome As Fuck
(Reprise)
As a description of the band and-or the music itself, this album’s Walmart-unfriendly title is either comic hubris or self-delusion. “Awesome”? This? But as a reaction to the ride on which Billie Joe, Mike, and Tré found themselves when they recorded these seventeen intensities in sixteen cities, it’s understandable and just the shibboleth to let the inarticulate hordes for whom they speak know that, even while pushing forty and with a Broadway musical just around the corner, they’re still American idiots at heart. 21st Century Breakdown provides five songs, “21 Guns” benefits from the communal vibe, and “Cigarettes and Valentines” makes its debut. What was almost certainly not retouched in the studio: “San Diego, let me hear you scream!” “What’s in your heart, Michigan?!” and (twice) “Let’s get fuckin’ crazy!”