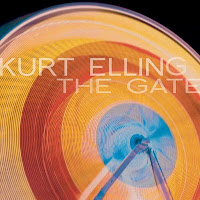 KURT ELLING
The Gate
(Concord)
You needn’t be a fan of vocal jazz to enjoy the latest album by this perennial Grammy nominee, although being a little old might help. Under producer Don Was, Kurt Elling and his combo transform King Crimson (“Matte Kudasai”), the Beatles (“Norwegian Wood”), Earth, Wind & Fire (“After the Love Is Gone”), and Stevie Wonder (“Golden Lady”) into acoustic, late-night meditations entirely worthy of the Bill Evans-Miles Davis (“Blue in Green”) and Marc Johnson (“Samurai Cowboy”) company they keep. The real coup though is Joe Jackson’s “Steppin’ Out.” By slowing the tempo and upping the swing quotient, Elling puts the emphasis on the music and takes the burden off the lyrics, the too-inside nature of which he meanwhile renders moot by singing them in a sandpaper baritone that’s pure mood. 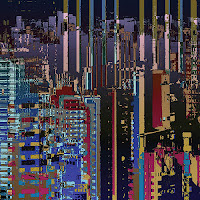 
Quoth Eno in the liner notes: "We are right at the beginning of a digital revolution in what can be done with recorded voices....  Speech has become a fully-fledged musical material at last."  Funny, you’d think the guy would’ve heard of Laurie Anderson by now.  All the same, if it’s by keeping his head in the sand that he dreams up soundscapes as eerily beautiful as the ones he has created on this album for the poems of Rick Holland, more power to him.  In fact, although the words (read by an assorted cast) and the soundscapes mesh just fine, the soundscapes sparkle even more brightly on their own--as anyone who plunks for the limited-edition package and its bonus disc of the entire album voice free will discover.