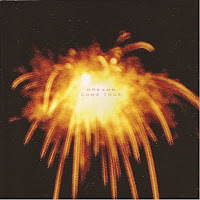 Any album with the word “dreams” in its title had better be dreamlike if not necessarily dreamy, and on that count Chris Taylor, a.k.a. Cant, scores a ten.  A kaleidoscopic array of electronica envelops these songs, unifying them into a haze that’s soporific without being dull, maybe because by Track Four (the misleadingly titled “Bang”) Taylor’s dreams start to sound a lot like nightmares, becoming downright horrific by Track Six (the slowly churning “She Found a Way Out”).  By the time Track Eight (the bad-acid-trippy title cut) careens around, Taylor has descended all the way into a Dante’s Inferno of his own making, and in neither of the last two tracks (“Rises Silent” and “Bericht”) does he find a way out. 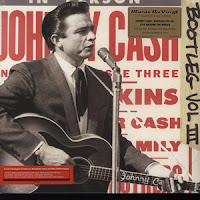 
That hearing Cash “live around the world” from 1956 to ’79 isn’t as exciting as hearing him live at Folsom Prison or San Quentin in 1968-’69 says more about the crowds than him.  “Here’s a song called ‘I’ll Never Forget Ol’ Whatsername,” he cracks on Disc One, Track Eleven.  On Track Sixteen: “No, I don’t drink anymore--I don’t drink any less, but....”  In short, although you own these songs in multiple other versions, this collection isn’t entirely redundant.  By Disc Two he’s playing the White House: “[H]e was born in Arkansas, and he now lives in Tennessee,” quoth President Nixon.  “But he belongs to the whole country.”  Then Cash sings “A Boy Named Sue,” albeit with a vocal screech where the “son of a bitch” should be. 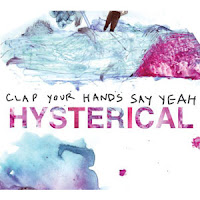 Alec Ounsworth’s most impressive accomplishment this time out is that, from what sounds like bits of early New Order and U2, he has fashioned a shimmeringly anthemic sound that keeps the keening thinness of his voice from being annoying.  He even delivers the mellow change of pace “Misspent Youth” without making the modern-day Hamlet pose he strikes in it seem ridiculous.  As for the poses he strikes elsewhere, they’re tougher to assess because the music’s windswept grandeur tends to overwhelm what he’s singing.  Taken as a whole, though, this album sure sounds good--hooky, pretty, and sometimes both.  His formula fails him only once: The seven-minute “Adam’s Plane” not only doesn’t get to wherever it’s going but also doesn’t sound as if it ever will. 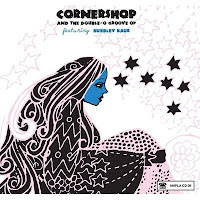 “Minus the mock-heroic guitars,” writes Spin’s Mikael Wood of this album, “Tjinder Singh's globalist critiques lose some of their pop-political punch.” Well, maybe, but as all 10 of these songs are sung in the Punjabi tongue of the guest lead vocalist and lyricist Bubbley Kaur, the politics would be lost on Cornershop’s English-speaking fans anyway. What won’t be is that Tjinder Singh and Benedict Ayres have seldom if ever recorded a bubblier (pun intended) or catchier version of the East-meets-West synthesis they’ve spent the last 18 years perfecting. Sitars and synthesized clavichords atop dub-wise bass and drums whose bustling shuffle might or might not be programmed--it’s a sound for sore ears. “Double Decker Eyelashes” is to cry for. And good luck not shaking it to “Don’t Shake It.”