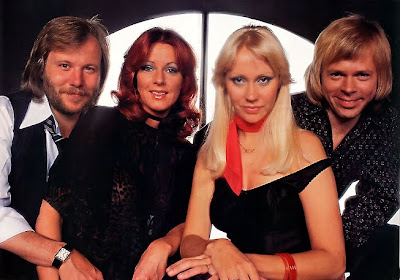 Formed in Stockholm, Sweden, in 1972, Abba consisted of two couples whose division of labor, like their marriages, seemed for a while to have been made in heaven. With the photogenic Agnetha Faltskog and Anni-Frid Lyngstad singing the catchy pop songs of Bjorn Ulvaeus and Benny Andersson, Abba went from being the first internationally recognized pop group to come from Sweden to being one of the most commercially successful pop groups of all time. Abba disbanded in 1983, several years after the dissolution of the group members' marriages. Nevertheless, its many original albums and hit collections continue to sell millions of copies worldwide.

Sound and Eurovision. Prior to forming a songwriting and performing partnership that would lay the groundwork for Abba, Benny Andersson and Bjorn Ulvaeus enjoyed individual success as members of the Swedish pop groups the Hep Stars and the Hootenanny Singers, respectively. With Stig Anderson, who would eventually become known as Abba's "fifth member," they established Union Songs and began writing, recording, and producing both their own music and the music of others.

In 1969, Andersson became engaged to Anni-Frid Lyngstad, and Ulvaeus became engaged to Agnetha Faltskog. Both Lyngstad and Faltskog were already established solo performers in Sweden, and eventually the two couples began performing and recording together under the name Bjorn, Benny, Agnetha, and Frida. After failing to qualify as Sweden's entry in the 1973 Eurovision song contest with the song "Ring Ring," the group and Anderson began preparing for the 1974 competition. Shortening its name to the acronym Abba, the group wrote and recorded what would become the first of their many international hits, the 1974 winner of the Eurovision Song Contest, "Waterloo." 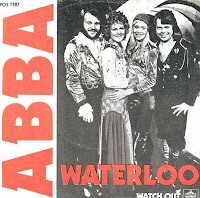 The Successful Seventies. Although "Waterloo" reached number six in the U.S. and number one in Britain, Abba appeared to be headed for the dubious distinction of one-hit wonder until the release of "S.O.S." Like "Waterloo," "S.O.S." was distinguished by the overdubbed vocals of Lyngstad and Faltskog and a wall-of-sound backing track featuring a sparkling blend of keyboards and guitars. The song's international popularity caused fans and critics alike to take the group more seriously and, as a result, to expect even more from them.

Far from being daunted, Abba rose to the challenge. Several popular singles later, "Dancing Queen" became the biggest hit of their career, even reaching number one in America. By 1977, Abba's worldwide sales had eclipsed even the Beatles', and, like the Beatles, Abba had begun to feel the pressure of international superstardom. In response to the self-imposed challenge of continually outdoing itself, the group responded in 1977 with an album simply titled The Album, which included some of Abba's longest and most elaborate songs thus far. Viewed by many as a collection of only partially successful experiments, The Album was nevertheless treated kindly compared to The Movie, a feature-length film consisting largely of concert footage that instead of cementing the group's superstar status seemed to reveal its feet of clay.

Despite such missteps, however, Abba consistently enjoyed hit singles throughout the 1970's, even in the U.S., where enthusiasm for the group's music had always been subdued in comparison with the enthusiasm with which it was greeted elsewhere. The Album eventually went platinum, and Voulez-Vous, which followed in 1979 and contained the hits "Voulez-Vous" and "Chiquitita," went gold. 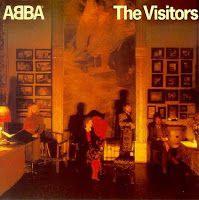 The Families That Play Together? Unlike the Beatles, whose dissolution was due in part to marriage, Abba began to break down as the result of divorce. By 1981, both Ulvaeus and Faltskog's seven-year marriage and Andersson's and Lyngstad's three-year one had ended. Still, the end of the group was not immediately forthcoming. Amid the marital discord, Abba managed to record its two best albums, Super Trouper (1980) and The Visitors (1982), both of which contained hit singles. But when Lyngstad released her Phil Collins-produced solo album Something's Going On in 1982 and the group released no new music in 1983, rumors began to circulate that the title of their latest greatest hits collection, The Singles--The First Ten Years, may have been too optimistic.

These rumors proved true. Faltskog's first post-Abba solo album, Wrap Your Arms Around Me, appeared later that year. In 1984, the soundtrack to the musical Chess, on which Andersson and Ulvaeus had collaborated with the lyricist Tim Rice, provided Murray Head with his first hit in fourteen years, "One Night in Bangkok." Meanwhile, all four group members had either remarried or established new live-in relationships. The 1986 Live album was the last album-length collection of previously unreleased Abba performances. 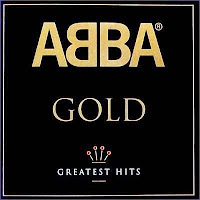 The Reissue Decade. When Polygram acquired the rights to the Abba catalog in the early 1990's, the company was able to capitalize on the spotty availability of the group's albums by mounting a high-profile reissue campaign. Beginning with Gold/Greatest Hits in 1992, More Abba Gold in 1993, and the four-disc Thank You for the Music box in 1994, Polygram had by 1997 re-released all eight Abba studio albums, making them available on CD for the first time.

Some Abba enthusiasts have been too quick to spot the group's influence. Aside from the fact that both Roxette and Ace of Base, for instance, were also internationally successful Swedish pop exports, they have little in common with Abba aside from their homeland. There was, however, no mistaking Abba's influence on the British pop duo Erasure, who released a well-received four-song EP of Abba covers titled Abba-esque in 1992.

*By the late 1970's, Abba had become the most commercially successful pop act in the world, outselling even the Beatles. At the same time, the Stockholm stock exchange listed the group as its second-most lucrative corporation.

*During the Stockholm, Sweden, stop of its 1992 "Zoo TV" tour, U2 was joined onstage by Benny Andersson and Bjorn Ulvaeus at the Globe Theatre for a performance of "Dancing Queen"; two years later, seventeen years after its initial release, the song (backed by a "bridal" version performed by the Wedding Band Featuring Blazey Best) became the first single from the Muriel's Wedding soundtrack.