In the July 31, 2016, issue of WORLD magazine, I published a feature titled "Sound of Solace," based on an interview that I conducted via e-mail with the composer Charles Denler about his latest album, Moment at Dawn.  With Denler's permission, I present the (almost) complete text of our exchange below.

In one e-mail to me, you wrote, “I am a Christian composer….”  What does that term mean in your case? 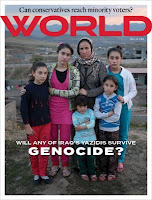 When I was a freshman in college studying music, my parents came to visit me. I remember wondering why they would drive all the way to Boston on a Sunday afternoon. They had come to tell me that my younger brother had been killed; he was only sixteen. In my brokenness I found Christ. I would consider myself to be a conservative Christian. I was a worship pastor for nearly fourteen years before I felt God leading me into writing music for film, television, and the concert stage. I start each day with a three-to-four mile walk. This is where I meet with God, and it’s where I feel His presence the strongest.

If you had a Wikipedia entry, what details would the section titled "Personal Life" contain?
I was born in Hartford, Connecticut, and I grew up in the town of Marlborough, Connecticut.  My beautiful wife Kay, and I have been married for twenty-four years. We have two incredible children, and we live in the foothills of the Rocky Mountains. Our house sits at the edge of a wildlife sanctuary
with breathtaking views of the Indian Peaks from our back porch. This has been my muse for many years. Along with being a composer, I am also a music professor at Colorado Christian University in Lakewood, Colorado. 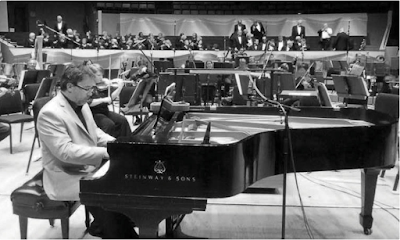 On the back cover of Moment at Dawn, why do you include the Latin phrase meaning “for my father” under “all music composed by Charles Denler”?
Almost all of my music has been inspired by God’s handiwork in nature. His signature is all over creation. It just makes sense to dedicate my work to Him.

The back cover also reads, “Portions of the original symphony have been rewritten, re-orchestrated, and re-named to more accurately represent the composer’s initial design....” Does this disclaimer mean that some [much?] of Moment at Dawn was recorded or re recorded in the studio and not at Portraits of Colorado’s live premiere?
All of the pieces were embellished after the premiere with synth textures to add depth to the music. This was done in my studio. I recorded track seven, "Another Day," with the City of Prague Philharmonic Orchestra after the premiere in Denver.

At what point in the life of Portraits of Colorado did you decide to “carve out” excerpts and reshape them into a separate, stand-alone suite?
Portraits of Colorado was initially recorded prior to the live premiere to be used in television commercials promoting Colorado’s amazing beauty. Colorado Tourism funded all of the recordings, and their campaign was incredibly successful. The ten-movement symphony was released on the Reference Recordings label to classical radio. I really felt that the music needed to be heard outside of classical circles to reach its full audience. I approached the record company and asked them if I could use the music from the live concert as a new release for instrumental and new-age radio. They were very encouraging and gave me a green light. I spent the fall of 2015 mixing, recording, and embellishing the tracks. The new album was released in January and has reached #10 on the ZMR radio spin charts. My goal with the new album, incidentally, was to present an image of hope.

Why present the world with a 36-minute “image of hope”?
Have you ever been through something that felt like a night that never seemed to end? Just when you were almost ready to give up, you noticed that the sun was beginning to peek over the horizon, announcing the advent of another day. Moment At Dawn is that moment when you suddenly realize that you have made it through to the other side, and you're going to be O.K. I endeavored to create an album that reminded me of the hope, the promise, of another day.

What decisions about the makeup or the sequencing of Moment at Dawn’s 14 individual pieces did you make to enhance their “hope-miming” qualities?
The music had to have a depth to it, something bigger than I could create with a live orchestra. A really low C can only be reached on a contra bass with an extension. This low C has a wonderful, deep, acoustic feeling, but it was just not low enough for me. I needed to hear a low Bb two octaves below that lowest note on the piano keyboard. This effect could only be achieved by sampling the bass and dropping it off the staff. The songs on the album move between orchestra pieces to intimate piano and violin solos. I wanted the listener to feel the ebb and flow of life in the music: big grand moments to intimate times of beauty and solitude.

You play the piano and the synthesizers on Moment at Dawn. Did you ever consider turning this role over to another musician? In other words, was there a reason that you wanted your fingers to be the ones that played the keyboards?
It takes hundreds of hours to prepare for a concert. It would honestly be a huge relief to have another pianist play at my premieres, but I have always felt that God has wanted me at the piano to minister. During the live concert premiere, people were weeping in the audience. Being there for them means everything; it is important that I make that connection.

You’ve said that Moment at Dawn has been labeled “new age-classical fusion.” Does this label mean anything to you?
I have always found it difficult to categorize my music within a specific genre. Recently, the album won a gold medal at the Global Music Awards. They labeled the music as "new age-classical fusion," and the radio stations seemed to agree. I imagine that the term "neo-classical" might also apply. My music tends to have an ambient textural feel mixed with thematic recurrences. Theme and variation are a strong component in my writing. I tend to use motifs as a way of telling a story and creating synergy within a larger work.

With which composers do you feel the greatest kinship? Given the “American” nature of Moment at Dawn, one might suspect that you see yourself descending from, say, Aaron Copland. 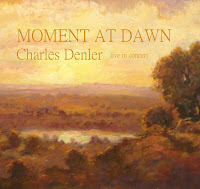 There are so many amazing composers. I spend about an hour each day studying the works of the masters. This has been my practice for nearly thirty years. I have always admired Aaron Copland. His music taught me that dissonance in small amounts is beautiful with a quick resolve. Brahms showed me how amazing thick, dark, chordal structure works within the strings, and John Williams taught me that melody is king.

What led to your soliciting cover art from Jerry Malzahn? Had you simply seen and liked his work, or had you already known him?
I had met Jerry Malzahn very briefly about five years before I wrote my first symphony. He was a renowned Colorado landscape painter with works in the White House. When I was commissioned to write the symphony, I started downloading his paintings and hanging them all over my studio for inspiration. After a few months, I started feeling guilty about downloading his work, so I decided to call him. I told him that I had been downloading his work, and he got really quiet on the phone. I wasn’t sure if I had offended him. Then he said, “That’s amazing because I have been listening to your music as the inspiration for my paintings.” We have been collaborating ever since! He is a dear Christian brother in Christ.

Of your numerous credits, which of the projects that you have been involved with has brought you the greatest satisfaction as a composer?
A few years ago, I was asked to score the music for a film with Richard Gere* called Teenage Witness. This PBS documentary was about a Holocaust survivor named  Fanya Heller. I was moved to tears. My family has some Jewish roots on my father’s side. It was a very difficult but incredibly rewarding film to work on.

Ennio Morricone is one of few composers to enjoy a reputation both as a scorer of films and as a serious composer. Are there any misconceptions about what you do and how you see yourself that you would like to dispel?
People often feel that composers need to be categorized-- classical composers, film composers, modern composers, etc. I am just a composer. Sometimes my music is heard on the concert stage, and sometimes it is heard on a TV or in a movie theater. All that matters to me is that I am reaching my audience. Where they happen to be sitting is of no importance.

Moment at Dawn is available on iTunes, all major web outlets, and at charlesdenler.com.