When John Fred (Gourrier) died from kidney-transplant complications on April 15 at the age of 63, a chapter in the history of Louisiana blue-eyed soul and frat-rock R&B officially came to an end.

I say “officially” because the John Fred chapter had, for all practical purposes, come to an end 35 years earlier, when the momentum generated by the Baton Rouge native’s “Judy in Disguise (with Glasses),” a chart-topping novelty song in 1968, finally ran out.  A catchy and goofy spoof of the Beatles’ “Lucy in the Sky with Diamonds,” “Judy in Disguise” made Fred a star and a one-hit wonder simultaneously.  And, as all one-hit wonders know, their only options are to accept their 15 minutes of fame or to attempt to recreate their one hit in various, um, disguises. 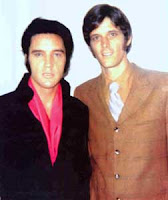 So it was that just one year, when Fred signed with MCA, his first single was “Silly Sarah Carter (Eating on a Moonpie).”  With its snappy, horn-punctuated tempo and titular heroine (with ellipsis), it was obviously “Judy in Disguise” in disguise.  And, as would later be the case with Walter Murphy’s follow-up to “A Fifth of Beethoven” (“Flight ’76”) and Rick Dees’ follow-up to “Disco Duck” (“Disco Gorilla”), “Silly Sarah Carter” bombed.  By 1971, Fred and his band, originally the Playboys—and later “His Playboy Band”—were kaput.

About the name game: Although Fred had christened his group the Playboys as early as 1956 (after Hugh Hefner’s then ground-breaking magazine), he eventually changed the name to avoid being confused (or perhaps litigiously involved) with the more popular but by no means more talented Gary Lewis & the Playboys.

In recent years, archival and new John Fred recordings have appeared under both names.  In 1991, Shreveport’s Paula Records issued a 26-track best-of titled The History of John Fred & the Playboys.  Then, in 2001, Varese Records issued the 17-track Absolutely the Best of John Fred & His Playboy Band.  (Get the Paula disc if you can; although both compilations contain “Judy in Disguise” and the best song Fred ever recorded, the reflective “Sometimes You Just Can’t Win,” only the Paula disc cottons “Mary Jane,” a hazily psychedelic tribute to a certain herbal intoxicant that ranks alongside Neil Diamond’s “Pot Smoker’s Song.”)  In between, Club Louisianne issued some “unreleased masters” credited simply to “John Fred.”

As if to set the record straight, Fred released Somebody’s Knockin’ (TJ Records) in 2002, an album of all-new recordings credited to John Fred & His Playboy Band.  The only problem was that printed atop the stationery that he was using at the time was “John Fred & the Playboys.”  I know because with my review copy I received a handwritten note that read, “Would you please review my CD in your newspaper?  Thank you.  John Fred.” 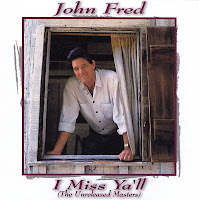 The aforementioned Club Louisianne album, by the way, was titled I Miss Y’all.