UPDATE:  On August 12, 2010, I abandoned this project in the hopes that Dylan would hurry up and write a bunch of songs whose titles started with V, X, and Z.  Not really.  I abandoned it because I’d been in a serious automobile accident (admittedly, a motorcycle one would’ve been much more to the point) and because I’d fallen back in love with a woman I’d dated circa Shot of Love.  Tending to both situations, as well as keeping the twin plates of my two jobs spinning atop their precarious poles, seemed more important than proving that, like a few million other people, I’d spent a lot of time listening to Dylan.  Now, however, finally re-settled (in China of all places), it’s time to resume pressing on. 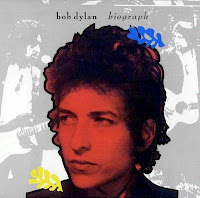 1. "Quinn the Eskimo (The Mighty Quinn)” (Biograph version) (1967).  Where were you during the week that Biograph and Spin’s cover story on Dylan simultaneously appeared?  I was in Seattle, and the story that Rubin Carter had finally been sprung due to a lack of still-living witnesses was front-page news for a day.  Manfred Mann’s second cover version of this song had recently celebrated its seventh birthday.  (It’s now about to celebrate it’s thirty-fifth.)  Why wasn’t this version included on The Basement Tapes?  It’s so much better than the version on Self-Portrait.  Self-assured lower-register vocals, Garth Hudson at his organ-grinder best--not until Cornershop tackled it on Judy Sucks a Lemon for Breakfast (2009) would the song qualify so effectively as anyone’s cup of meat. 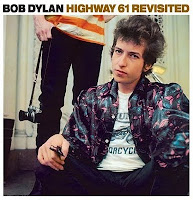 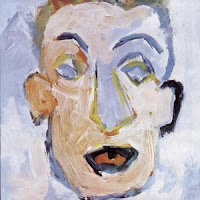 3. "Quinn the Eskimo (The Mighty Quinn)” (Self Portrait version) (1970).  As I type, word on the street, spurred by the Record Store Day release of the “Wigwam/Thirsty Shoes” seven inch, is that a “naked” version of Self Portrait is soon to comprise the next installment of The Bootleg Series.  ’Bout time.  Let’s face it: The only reason people consider Self Portrait one of The Worst Albums of All Time is that it bore the name “Bob Dylan” at a time during which that name signified the height of counter-cultural umbrage.  Well, it’s high time we stopped that signifyin’ and admit that if anyone of us mere mortals were to have recorded Self Portrait we’d have friends coming out of the woodwork if not crawling out their windows.  And, as far as we’d be concerned, all the tired horses would have riders named Pestilence, War, Famine, and Death. 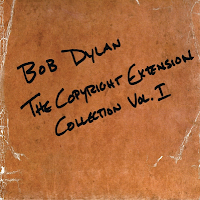 4. "Quit Your Lowdown Ways” (1962).  “If you can’t quit your sinnin’,” sings Dylan seventeen years before Slow Train Coming, “please quit your low down ways.”  The Whitmark Demos contain one version, The Copyright Extension Collection Volume One another.  On both young Bob not only sounds like a hillbilly but also makes sounding like a hillbilly seem just the thing to slap a wayward Chosen People (whether Israelites or Calvinist Christians) upside the head. 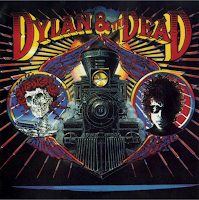 5. “Queen Jane Approximately” (Dylan & the Dead version) (1987).  I attended the Eugene, OR, concert at which this performance was taped, but anyone who saw even one of this tour’s shows can tell you: Dylan was a mess.  In front of football-stadium crowds, he called out songs that he and the Dead had barely or never rehearsed, mumble-sung more self-parodyingly than ever, forgot whole verses of classic songs, and donned a bandana.  But he also stayed onstage as a rhythm guitarist and background vocalist for his set’s inevitable encore, the Dead’s then hit “Touch of Grey.”  “I will survive,” he sang, and thus proved prophet material yet again.

Bob Dylan's Top-Five Songs Beginning with "P"
Posted by The Arse Man at 4:23 AM