The last time we spoke with Randy Stonehill, he had just completed Wonderama, his Terry Taylor-produced album from 1991. Aglow with satisfaction, Stonehill couldn't wait to work with Taylor again.

So why did he head to Nashville to record his new album, The Lazarus Heart, and get Jimmy Lee Sloas (PFR, the Imperials, Whitecross) to produce it when Sloas has never even been in DA, the Swirling Eddies, or Lost Dogs? And why is The Lazarus Heart on Street Level Records, a label whose imprint last surfaced when Larry Norman reissued Only Visiting This Planet in 1978? 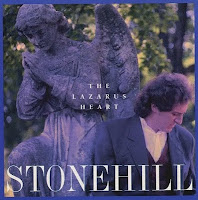 The new Street Level, it turns out, has little to do with the old, which was more artist agency than record label anyway. Norman sold the rights to the name years ago, and Street Level Artists went on to represent many of Christian rock's finest.

"I don't want to put down big record companies," says Stonehill, who spent seventeen years with Word's Myrrh Records, "but there's a tendency with big companies to let a lot of people handle the decisions, and your worth loses something in the translation.

At forty-two--i.e., several years past the mid-way point of his biblically allotted threescore and ten--Stonehill realizes more acutely than ever the need to redeem the time. And that there are worse ways to redeem it than by going for broke.

"I want to boil it down," he says, "and return a bit to the idealism and simplicity of the grass-roots days of this whole industry."

If anyone should know about the "grass-roots days," it's Stonehill. His first album, Born Twice, was released on the underground One Way label, and his next two were released on Larry Norman's seminal DIY label, Solid Rock. But despite the disillusionment he experienced when Solid Rock imploded in the early '80s, Stonehill still traces his Street Level vision to those more innocent times.

"I embrace a comparison between Solid Rock and Street Level," he says. "But I think one of the key differences will be that, at Street Level, all the major decisions will be made by a group--the company's three co-owners and I. And we have a board of directors, as well, as opposed to all that weight resting on one man's shoulders.

"Larry, as gifted as he is in many ways, is a fallible person, just like anybody else. As a matter of fact, in those days I'd sometimes feel bad for him when I saw how exhausted he was and how this company, which seemed to be a good idea at the start, had become such a weight. It seemed like more of a burden than a pleasure."

If anything, the music on The Lazarus Heart is the sound of burdens being lifted. Pop melodies waft through a graceful mixture of ballads and rockers, with only the tossed-off "Zurich in the Snow" to remind longtime Stonehill fans of his youthful penchant for the goofy.

And unlike Wonderama, where songs like "Barbie Nation," "Rachel Delevoryas," and "Great Big Stupid World" directed the album's energy toward external topics and situations, The Lazarus Heart finds Stonehill mining himself.

Like Wonderama, The Lazarus Heart finds Stonehill collaborating. The last time it was Taylor with whom he shared composer credits; this time it's Rick Elias, Phil Madeira, and Dave Perkins.

And the collaborating didn't stop with the songwriting. No sooner had recording started than word got out, and before Stonehill knew it, lots of Nashville talent began to drop by. "It sort of turned," he says, "into a musical party."

The partiers included Phil Keaggy (who played guitar spot on "Under the Rug"), Madeira (who contributed dobro and accordion), Gary Chapman (who loaned Stonehill guitars and sang), and Out of the Grey's Christine Dente (whom Stonehill calls his all-time favorite female vocalist"). And despite the cameos, the album sounds neither cluttered nor propped up.

Cynics, however, might conclude that the guest spot by CCM's hottest male solo performer--Michael W. Smith--on "In Jesus' Name" makes Stonehill look at least a little like a coattail-riding opportunist.

"I really thought it was the right artistic decision," says Stonehill. "As I was going over the song, I turned to Jimmy and said, 'Boy, you know what? Smitty's voice is the right one for this.'

Stonehill knows that Smith's presence won't hurt sales. But he laughs at the thought that anyone would consider it a "crass, shameless marketing ploy."

"Stylistically, what Smitty and I do is a good bit different," he admits. "When I first met him on the [1984] Amy [Grant] tour, he said, 'Now, you won't remember this, but I met you when I was seventeen at a Contemporary Christian music seminar. I came up to you and told you that I played piano and that I had dreams of having a music ministry some day. And you listened to me and gave me some advice and were really encouraging. That galvanized my resolve to do this thing.' So it was really nice that all these years later he really wanted to jump in with me on that song."

Besides, Stonehill says, one of the purposes of The Lazarus Heart was to defy expectations. "I wanted to mix things up a little bit, to shake it all down and try new stuff. And with this record I really think that came to fruition."

One aspect of the album that longtime Stonehill fans will find familiar is his confessional honesty. In "Remember My Name" and "When I'm Afraid," he lays bare his doubts about God. And in the un-ironically titled "That's Why We Don't Love God," he goes even further.

"I don't think of it as a dark song," Stonehill insists. "But the fact of the matter is, we carry far too much unnecessary weight on our shoulders by pretending that once Jesus has come into our lives our humanity is all aligned with him and that our love is as true as his, that we always have the victory. We know we should love God. We'd like to love God. So darn it! We're going to smile broadly, sing about it, raise our hands, and everything.

“But the prime example that should free us from having to parade this facade around is Paul. Here's a guy responsible for writing about half of the New Testament, but he himself said, 'The very thing I want to do, I don't do, and often the very thing I don't want to do, I end up doing.'

“The beauty there, which I was trying to communicate in that song, is in that most painful, naked moment when you can almost hear God's voice saying, 'Don't you think I know? I know you better than you'll ever know yourself because I made you, and I love you relentlessly.' When we recognize the purity and power of that mercy, that's the one thing that finally breaks our sinful hearts in a good way. And our love for God starts to come alive."

For those with ears to hear, Stonehill obviously still has a lot left to say. It's amazing then to realize that, had he not founded Street Level Records, he might never have made his new album at all.

"I wondered," he admits, "after seventeen years with Word and having them let me go, if I would find myself standing on a street corner with my hat in my hand, saying, 'Uh, remember me? I was one of the pioneers of contemporary Christian music. Hey! Does anybody care?'" 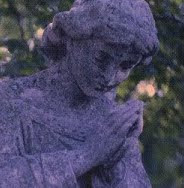 Judging from his reception in Nashville, lots of people do. But Stonehill views both the good and the bad with equanimity.

"God will either let the ship of my career continue to float or he'll sink it," he reflects. "And if he sinks it, it'll be painful, but I can accept that.

“What I won't be able to live with is being haunted in my old age by wondering what could've happened with my ministry and music if only I'd trusted him more."