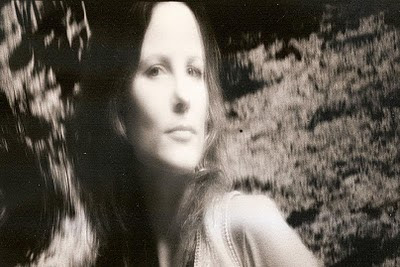 Now, with the release on 4AD of Five Ways of Disappearing, Smith's solo debut, fans of her haunting alto voice and richly textured music no longer have to dig out Rainy Day or the albums she made with the Dream Syndicate, Opal, or the Guild of Temporal Adventurers to experience her singular vision.

And her vision is nothing if not singular.

"I can understand and appreciate pop culture to a certain degree," she says. "But after studying Middle Eastern music and listening to the music of different cultures, I've learned that music is most powerful when it has a more immediate relationship to people's daily lives, instead of being something they just buy--when it has an actual magical function that can involve healing, catharsis, or taking you into other states of mind and actually putting you through alchemical types of transformations.

"All of which,” she concedes, “is a pretty lofty thing to aspire to."

If anyone can aspire that loftily, it’s Smith. She’s calling B-Side, for instance, from 4AD's offices because she herself has no phone. Or fax machine. Or electricity. She lives, in fact, an almost entirely rustic life "in the Eureka area" of California, the better to get in touch with the muses behind her music.

"I don't think people should make too big a deal about it," she says. "It's the way that I feel most comfortable at this time, but life has lots of changes."

Nevertheless, she recommends it "to anyone who can manage it."

"A lot of people try it, go crazy, and go screaming down the hill," she laughs. "That's not unknown up here. But if you're at all interested in exploring nature and your inner world, then the silence and the encounters you can have with natural life are just amazing."

People into getting back to nature sometimes get branded as sentimentalists, often because they are. But Smith isn’t one of them. Case in point: Five Ways of Disappearing's decidedly unsentimental “Maggots.” "Maggots, maggots," she sings over a jazzy shuffle, "What do you do? Maggots, maggots, doo doo doo."

"That song works on a couple of different levels," she explains. "It started out with an encounter I had with actual maggots when I was working on a farm. Then I dug out an old dictionary, and the definition for maggot was 'a whimsical notion,' and to be 'maggoty' was to be 'capricious.' And there's also the Buddhist meditation that involves envisioning your own corpse filled with maggots."

"It gives you," she says, "a certain perspective."

It’s a perspective that she’s not afraid to play with--she wrote, she says, several of the album's lyrics the William-S.-Burroughs-and-Brion-Gysin cut-up way. But her fascination with and comfort among the mysterious and creepy notwithstanding, her music on the whole evokes the somewhat more chipper spiritually cross-fertilized atmosphere of medieval 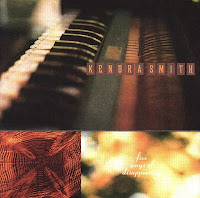 Europe (her ringing cover of Richard and Mimi Farina's “Bold Marauder” sees to that) rather than the dimestore Halloween ambience of Goth or the black-clad morbidity of Nico, to whom she has been compared.

"I do find her interesting," Smith says, "but I think it's a slim comparison."

It is. Despite Smith's obsession with Nico’s favorite instrument, the harmonium--along with the pump organ, it sets the instrumental tone for much of her album--Smith, unlike Nico, has a genuinely lovely voice. Also, her affinity for life's maggoty side doesn't forbid her access to gorgeous folk melodies like “'In Your Head” and “Valley of the Morning Sun.”

And she intends to stay that way. "I've made it my personal aim not to be hung up. And I've done what it takes to help me be in that condition. Obviously, that's something Nico totally bombed out at.

"I have been moved by music made by troubled people," she says, "and I think really troubled music can help you cathartically. But it can't take you past that point, and you can end up recycling that energy constantly.

"Obviously, there has to be an exit."