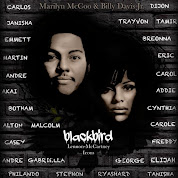 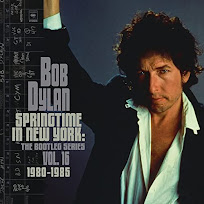 I wanted to ask you about the album Nick Lowe and His Cowboy Outfit.
Oh, yeah. I love that album. Yeah, that wasn't a bad one. What was on that?
It had "Half a Boy and Half a Man."
Yeah.
"Maureen."
Oh, yeah.
And a quite incongruous song--but one of my favorites nevertheless--"L.A.F.S."
Oh, yeah (laughs).
That album got me back into you. Then, I was living in Seattle in '85, where KJET-AM had your redone "I Knew the Bride" in heavy rotation, further reigniting my interest in your music, which I'd lost track of from about 1980 to 1984. Did you ever do a video for that?
Yeah, we did. We did do a video for it, actually, and quite a sort of fancy video--in England, yeah. I never saw it. I think it was sort of in between two stools then because--it was too sort of--it was too old fashioned for MTV, and I'm not sure whether VH-1 had started then. So it never really got much play as I remember. It was quite a good video, quite a good one.
Back to "All Men Are Liars," I've often wondered what you think now about the Rick Astley verse.
I've felt very sorry about that. I really do. I really do regret saying that. At the time, I thought that [the Rick Astley song] was so awful. I just hated the sentiment of the thing. I know it's--I mean, maybe I was a little oversensitive, because you hear awful music all the time--"I'm never going to do anything horrible to you." I thought, "What? Can anybody sawllow this, that I'm never gonna do anything--?" Sorry, that was a lie. So, then, I thought, because it was a big hit at the time and it seemed as if Rick was on his way--he was gonna be churning this stuff out. But I regret it because I've since found out that, one, he's a very nice man--I've never met him, but they tell me he's an extremely nice man--and the other thing is that he's down on his luck a bit now. So I do feel rather bad about it because at the time I wrote it, he was huge and about to do more of it, so I thought he was a legitimate target.
Do you regret that in 1998 people may not follow the reference?
Oh, no. No, I'm kind of glad that they won't follow the reference actually. And that does happen more and more. I blithely make references about bands and artists from my generations to--I mean, obviously, you're younger than I am, but to some journalists I make these remarks, and I see their faces go creepy blank. You realize, "You've gotta get your references a little more up to date, my friend!" That's the way it goes.
What did you think of the John Hiatt song on Little Village, "Don't Think About Her When You're Trying to Drive"?
Oh, I thought that was a really good one. I like it quite a bit. Yeah, that's a really good one. And it was a funny thing, that, because--that Little Village thing--because when we did John Hiatt's record, obviously it was John Hiatt's record. He was in charge, he had the songs, and we were there to back him up. When you take away the front person and you have four people in there trying to create something, people are very reluctant to step forward somehow. If it's somebody's actual record, then obviously they are questioned and asked, "How do you want this? How do we play this?" You know. But when it's four individuals, all rather edgy about it, you come up with a kind of compromise. So John got, I think rather unfairly, got castigated for that thing because he sang so many of the tunes on it that people thought he was stepping forward and hogging the limelight, whereas in actual fact he was doing us all a favor by coming forward and saying, "Well, I'll do it. I'll jump in there." So it was unfair, that, I think.
You mentioned the way that old pop songs, like Cole Porter's, contained many subtle and sophisticated references. I wondered if when you wrote "Cruel to Be Kind" you were conscious of the phrase's Shakespearean roots.
No, I didn't know that it was a Shakespearean quote until people started saying to me, "Oh, what a brilliant thing you made up! 'You've gotta be cruel to be kind'!" And I started to say that it's a very well-known expression. Where I come from, people say it all the time, "You've gotta be cruel to be kind."
You didn't know it originated in Shakespeare?
I didn't know it was a Shakespearean quote. It was then that somebody said, "Well, it's actually from--" Whatever it is.
Hamlet.
Is it from Hamlet?
"I must be cruel only to be kind."
Brilliant. That sounds so much better though, doesn't it" (laughs)?
Nick Lowe SXSW Interview, Pt. IV (March 21, 1998)
Posted by The Arse Man at 5:43 PM No comments: