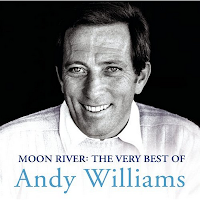 In recently making headlines with anti-Obama comments more typical of Ted Nugent, the veteran pop crooner Andy Williams proved that politics does indeed make strange bedfellows.   Alas, those hoping to discover rugged individualism in Williams' greatest hits will instead find very smooth sailing: Not for nothing did Rush Limbaugh turn "Born Free" into his animal-rights-update theme song.  Sometimes, though, Williams' velvet pipes were just preternaturally creamy enough to make a song sound as if it were floating in from a--if not exactly the--twilight zone.