It’s a cool Saturday evening--the Ides of March, to be precise--and Jason Ringenberg is seated at the Blue Moon Café in Lafayette, Louisiana, an hour before the first of two sets he’ll eventually perform, musing about the ultimate Bob Dylan tribute album. “To choose the twelve best Dylan covers,” he says. “That’d be really hard.” 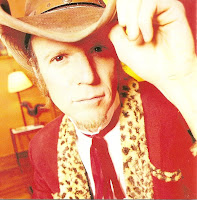 More than most people, he has a right to an opinion. It was, after all, a full-throttle version of Dylan’s “Absolutely Sweet Marie” that propelled Ringenberg’s band, Jason and the Scorchers, to international prominence in the mid-’80s. The song made the Scorchers staples of both MTV and college radio, igniting a fan base that would eventually see them through two EPs, five LPs, two live albums, and 2002’s collectorama disc Wildfires and Misfires. Before Triple-A radio, Americana music, “alt-country,” and “No Depression,” Jason and the Scorchers were the first, middle, and last word in country-punk.

According to Ringenberg, the group--Ringenberg, Warner Hodges (guitar), Kenny Ames (bass), and Perry Baggs (drums)--hasn’t officially broken up. But when Baggs announced his retirement from steady gigging last year on the eve of a European tour, the Scorchers definitely took a hit. “It’s never been the same since then,” Ringenberg admits. “We’d replaced [original bassist] Jeff [Johnson] and got along all right, but replacing Perry, that’s like replacing Warner or me. I don’t think it can be done.”

To this end Ringenberg, now forty-four, has been honing his solo career, releasing Pocketful of Soul on his own Courageous Chicken label in 2000 and All Over Creation on Yep Roc Records 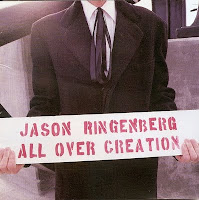 last summer. Enriched with duets both high-profile (Steve Earle, BR5-49, Todd Snider) and low (the Wildhearts, Swan Dive, Kristi Rose and Fats Kaplin), Creation is the most stylistically diverse and musically ambitious release of his career. It’s also the reason he’s on the road these days, adapting to the intimate demands of venues like the Blue Moon.

He takes the stage promptly at nine, decked out like an antebellum Southern gentleman, giving his acoustic guitar what-for, and singing an unplugged version of Creation’s lead track, “Honky Tonk Maniac from Mars.” To those in the crowd too young to remember Ringenberg in his heyday, a honky-tonk maniac from Mars is what he might as well be.

But gradually, even among those who’ve come to drink first and listen later, he makes converts. Whether it’s his charming performance of an unabashedly silly ditty destined for a forthcoming kids album or his breakneck bluegrass version of the Beatles’ “I’ve Just Seen a Face,” he knows how to work a room. By the time he’s finished charging through the Ramones' “I Wanna Be Sedated” (which he introduces as a "greater piece of twentieth-century American poetry than anything by T.S. Eliot or Samuel Becket") and “Jimmie Rodgers’ Last Blue Yodel,” he’s won over everyone but those who’ve been clustered around the bar all night. By the time he’s finished singing Hank Sr.’s “I Saw the Light,” literally unplugged and perched atop the bar itself, he’s won over even them.

“At first it was terrifying,” he says, referring to his middle-aged transformation into a one-man band. “I went from having the huge power of one of the greatest rock-and-roll bands ever to having just my little voice and my songs and my acoustic guitar.”

The terror, however, is rapidly subsiding.

“I’ve discovered that I do have twelve albums worth of good songs. When you walk into a room with that kind of material, you’re going to get something happening.”
Posted by The Arse Man at 9:43 PM

Email ThisBlogThis!Share to TwitterShare to FacebookShare to Pinterest
Labels: 2003, Jason and the Scorchers, Jason Ringenberg